Nike Inc., largely as expected, reported earnings slid 12.1 percent in its first quarter ended Aug. 31 due to lower gross margin, higher SG&A, unfavorable currency translation and an increase in the tax rates. Excluding currency changes, revenues were up 15 percent, fueled by double-digit growth in the Nike Brand and Converse as well as stellar growth in its North America and Emerging Markets regions.

The one disappointment was China, where growth slowed and profits fell during the period. On its conference call with analysts, Nike officials spent considerable time explaining the rockiness in the region and talking up its growth potential.

“30 years ago we started doing business in China,” Mark Parker, president and CEO, on the call. “Today like then, China defies predictions or timetables. But what is certain is that China offers more opportunities for Nike today than it ever has, and I'm completely committed to extending our leadership position there.”

Earnings came in at $1.23 a share, beating Wall Street's consensus estimate of $1.13 a share. Gross margin, albeit down 80 basis points, was better than expected. Excluding the results of Businesses to be Divested (Cole Haan, Umbro), EPS would have been approximately $1.27, down 9 percent year-over-year.

Excluding the impacts of changes in foreign currency, Nike Brand revenues rose 16 percent, with growth in all key categories and every geography except Japan. Parker called the top-line performance “incredible growth in any environment and even more remarkable given the volatile global economy.”

Nike Brand futures orders increased 8 percent on a C-N basis, driven by a 5-point increase in units and a 3-point increase in average price per unit. Every key category increased, led by Running, Basketball and Men's Training, which each grew double digits. Futures were higher for every geography except China, which declined 6 percent. On a reported basis, futures grew 6 percent, reflecting weaker international currencies.

In North America, Nike Brand sales grew 23.0 percent to $2.71 billion. Every key category grew, with Running, Basketball and Men's Training reporting growth of over 20 percent. Footwear sales grew 19.9 percent to $1.73 billion while Apparel gained 25.8 percent to $795 million, due in part to the addition of the NFL uniform license. Equipment revenues grew 44.3 percent to $179 million. Direct to Consumer revenues grew 23 percent.

On the call, Charles Denson, president of Nike Brand, noted that the brand's “category offense” was first deployed in North America and the region continues to benefit from the offensive.

“North America shows how we bring excitement to the marketplace and it happens at our DTC business, where we create tremendous energy with our multi-category brand experience stores and our new smaller category stores,” said Denson. “And it happens with our retail partners: House of Hoops with Foot Locker, the Nike Track Club with the Finish Line, the Field House at Dick's Sporting Goods are all experiencing great success. These are among the top performing executions in our industry.”

He also noted that the first Nike Yardline, the first-ever mall-based specialty American football destination, opened in the quarter inside a Champs. Denson said such efforts around “zeroing in on a specific consumer community” to bring a fuller experience is part of its Amplify Sport focus that will be extended to other regions.

“Nobody can do it at the level we do it,” said Denson. “I really believe it's one of our biggest competitive advantages, and it's key to connecting with consumers, building capacity and demand for our brands throughout the marketplace.”

Meanwhile, in the Greater China region, revenues for Nike Brand were up 8.3 percent to $572 million and climbed 7 percent C-N, reflecting double-digit growth in Running, Basketball, Action Sports and Global Football. On a C-N basis, Footwear saw by far the healthiest growth, up 12 percent to $356 million. Apparel was down 1 percent to $178 million and Equipment was flat at $38 million. EBIT dipped 4.1 percent to $164 million as increased operating overhead and marketing investments offset higher revenues. Recorded futures were down 5 percent and also off 6 percent C-N.

Parker said Nike is the “undeniable leader” in the country and the region still holds “enormous potential” for the company as it moves toward a more consumer-focused economy. But Denson the Chinese consumer is becoming more discerning and sophisticated. He added, “They want clearer choices. They want more innovation and better services that are tailored to them.”

At the same time, the economy appears to be slowing. “Certainly, retailers are seeing profit challenges as the industry works to absorb excess inventory,” said Denson.

Denson referred to China's situation as a “natural evolution that we've seen in many markets,” but admitted the surprise is “how fast it got here.”

To “reset” the region, Nike is leveraging its brand strength to further connect with local consumers, pointing to Nike's recent 60-day Festival of Sport across multiple cities as an example. In apparel, which has been Nike's “biggest challenge” in the country, a more balanced assortment of performance and sportswear offerings is being planned along with further improvements in fit and style suited for the Chinese consumer. On the distribution front, an emphasis on improving productivity is being placed around its Nike mono-brand stores.

Denson said he couldn't provide a “specific date” when results will improve in the region but was confident that the successes in North America as well as progress in Western Europe from similar category offense and strategic investments will likewise work in China. Said Denson, “We're taking action now to help create a cleaner, healthier and more robust marketplace for the long term.”

In other regions, Emerging Markets also delivered a strong quarter, with sales running up 8.4 percent to $867 million and climbing 22 percent C-N – the 12th consecutive quarter of double-digit growth. On a C-N basis, sales increased 20 percent to $604 million in Footwear, jumped 29 percent to $211 million in Apparel, and advanced 16 percent to $52 million in Equipment. Revenue growth was broad-based as every territory and 6 of 7 key categories posted double-digit growth EBIT was ahead 17.4 percent to $223 million, driven by revenue growth and gross margin expansion. Futures in the region were up 14 percent C-N and 9 percent on a recorded basis.

Denson noted that the Emerging Markets strength partly reflects “a growing middle class and its insatiable appetite for sport. But a bigger growth driver is how Nike capitalizes on that opportunity by really understanding the consumer through the category approach. In Q1, we saw growth in every category again, led by our efforts in Running, Football and Sportswear.”

In Western Europe, sales for Nike Brand were down 5.0 percent to $1.17 billion but were up 6 percent C-N. On a C-N basis, Footwear grew 10 percent to $714 million and Apparel increased 2 percent to $382 million while Equipment was down 4 percent to $71 million. The region saw growth in all territories except Italy and Iberia. Six of 7 key categories grew, led by double-digit increases in Running, Football and Basketball. EBIT was down 4.0 percent to $214 million as higher gross margin was partially offset by marketing investments in the Euro Championship and Olympics. Futures were down 1 percent on a recorded basis but ahead 6 percent C-N.

On the upside, Denson highlighted the progress in earnings and futures in Western Europe and indicated there's still untapped opportunities to improve merchandise assortment and in-store presentation in the region. He added that “there are still a lot of questions on currency and debt, and we continue to monitor our business and the broader economic landscape to appropriately manage our risk.”

Among categories, Nike Brand revenue increased in across the line, with strong double-digit growth in Running, Basketball, Men's Training and Global Football. With attention brought to its products from the London Olympics and the U.S.A. track and field trials in Eugene, OR; the running category marked its 10th consecutive quarter of double-digit growth and is now 50 percent bigger than it was just 2 years ago.

“We also saw our women's running business outpace our men's business this quarter, a great indication that we're continuing to realize our huge opportunity across the broader women's business,” said Denson. “And we're not letting up. Nike+ continues to gather momentum, with over 8 million registered users. It was a strong quarter and more to come from our Running team.”

Global Football saw a double-digit increase, led by its replica Apparel and performance Footwear. The category benefited from exposure around the Euro Championship with Nike Footwear racking up the most goals scored. Its related 'My Time Is Now' campaign now counts 30 million YouTube views.

Revenues on a C-N basis for continuing Other Businesses segment increased 9 percent, driven by low-double-digit growth at Converse and mid-single-digit growth at Nike Golf and Hurley. Recorded revenues gained 8.5 percent to $635 million. EBIT for its continuing Other Businesses grew 16.3 percent to $121 million, driven by higher profits in every business.

In its Businesses to be Divested segment (Cole Haan, Umbro), sales grew 6 percent. On a recorded basis, Businesses to be Divested was up 3.7 percent to $195 million. EBIT was flat as EBIT growth at Cole Haan was offset by a decline at Umbro. The net loss for the divested segment was $19 million, or 4 cents a share, against a loss of $15 million, or 3 cents, in the year-ago quarter.

Nike officials said both sale processes are on track with multiple prospective buyers.

Gross margin declined 80 basis points to 43.5 percent. Gross margin continued to benefit from pricing actions and product cost reduction initiatives, however, this was more than offset by higher input costs, primarily materials and labor. In addition, gross margin was negatively impacted by a shift in the company's mix to lower margin businesses within the Nike Brand and the conversion of the China market to direct distribution for Converse. Nike officials said the higher input costs are starting to ease although it also said gross margin pressure from weaker foreign currencies will increase starting in Q2.

Selling and administrative expenses grew at a faster rate than revenue, up 18 percent to $2.2 billion. Demand creation expenses increased 29 percent to $891 million due to marketing support for key product initiatives, as well as support for the Olympics and European Football Championships. Operating overhead expenses increased 12 percent to $1.3 billion due to additional investments made in the wholesale business to support growth initiatives and higher Direct to Consumer costs from the addition of new stores over the last year.

Looking ahead, Nike expects Q2 and FY '13 C-N revenue growth at a high-single to low-double-digit rate. However, on a reported basis, it continues to expect mid- to high-single-digit revenue growth, reflecting weaker foreign currencies, particularly the euro. Gross margins are expected to be generally line with Q1 actual results as improving input costs and the benefits of higher prices are more than offset by weaker foreign exchange rates. For the second half of FY '13, sequential gross margin improvement is expected quarter-on-quarter, with margins essentially flat for the full year. Q2 and full year SG&A to grow at or slightly higher than the rate of revenue growth at a high-single- to low-double-digit rate due to investments in marketing, DTC and innovation. 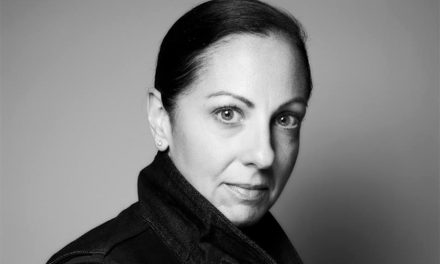