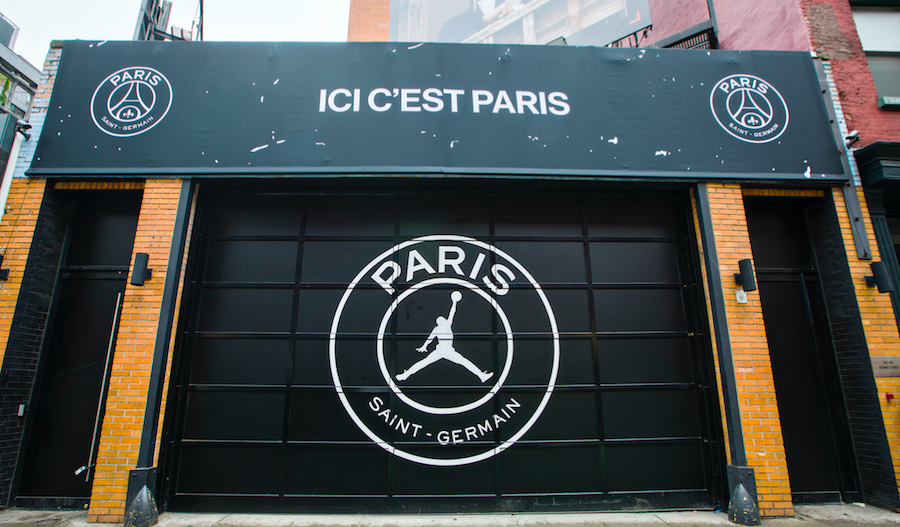 Nike Inc. reported double-digit revenue growth in the first quarter ended August 31. The performance was driven by the continued success of the Consumer Direct Offense, which fueled growth across all geographies as well as wholesale and Nike Direct, led by digital.

“Nike’s Consumer Direct Offense, combined with our deep line up of innovation, is driving strong momentum and balanced growth across our entire business,” said Mark Parker, chairman, president and CEO, Nike Inc. “Our expanded digital capabilities are accelerating our complete portfolio and creating value across all dimensions as we connect with and serve consumers.”*

“We are delivering stronger global growth and profitability than we anticipated entering this fiscal year,” said Andy Campion, executive vice president and chief financial officer, Nike Inc. “While foreign exchange volatility has increased, our underlying currency-neutral momentum continues to build as we transform how Nike operates, drives growth and creates value for our shareholders.”

In the Asia Pacific & Latin America region, sales for Nike Brand were up 6.8 percent to $1.27 billion but grew 14 percent on a currency-neutral basis. EBIT in the region grew 24.2 percent to $323 million.

Inventories for Nike, Inc. were $5.2 billion, flat to prior year, primarily driven by a clean marketplace with healthy inventories across all geographies due to strong full-price sell through on new innovation.

Cash and equivalents and short-term investments were $4.3 billion, $1.3 billion lower than last year as share repurchases, dividends and investments in infrastructure more than offset net income and proceeds from employee exercises of stock options.

During the first quarter, Nike Inc. repurchased a total of 17.8 million shares for approximately $1.4 billion as part of the four-year, $12 billion program approved by the Board of Directors in November 2015. As of August 31, 2018, a total of 167.2 million shares had been repurchased under this program for approximately $10.1 billion. In June 2018, the Board of Directors authorized a new four-year $15 billion share repurchase program that will commence upon the completion of the current program. 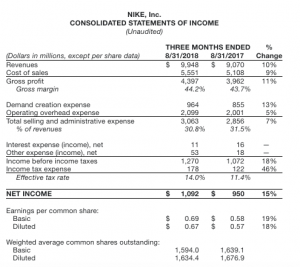