Nike’s Breaking2 To Become A Documentary 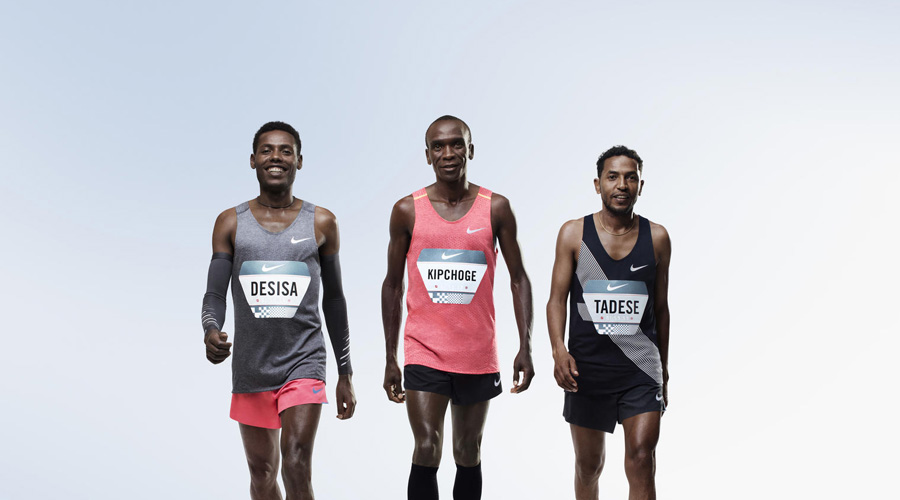 Nike has partnered with National Geographic to produce a one-hour documentary on its Breaking2 effort to beat the two-hour marathon record.

On May 6, after a year of scientifically advanced training, three of the world’s most elite distance runners partnered with Nike to break the two-hour marathon barrier. More than 19 million spectators worldwide watched as the runners circled the Monza circuit in Italy. In the climactic finish, 32-year-old Kenyan Eliud Kipchoge came within only 25 seconds of breaking the elusive two-hour mark.

Dirty Robber, an Academy Award-nominated production and entertainment company, will produce the film that has yet to be officially titled. Breaking2 will have its broadcast premiere this September on National Geographic in the U.S. and Europe and be made available globally on digital platforms.

“With Nike as the perfect partner in telling this remarkable story, Breaking2 is about pushing limits and going further. We hope that viewers will connect with the runners on a personal level,” said Brendan Ripp, EVP of sales and partnerships, National Geographic. “They are super-athletes, but we witness them in incredibly personal moments of their daily lives, hopes and dreams, as well as their training.”

“This project has been over two years in the making and with National Geographic’s unparalleled global reach, we hope to bring this story of passion and courage to create conversation and inspire people to think differently about how they approach their daily lives,” said Nikki Neuburger, VP of brand marketing, global running, Nike Inc. “We’re excited to share the story of these three amazing runners, and the team of scientists and product developers, on their journey to challenge the limits of human potential.”

The film chronicles the journey of three world-class runners and their teams “as they try to defy the unthinkable. Breaking2 is about the intersection of technology and the human spirit.”

The film includes early testing in wind tunnels and running labs in the U.S., to the athlete’s balancing training with their day-to-day lives in eastern Africa, to the  race in Italy.

“In certain parts of the world distance runners are as celebrated as NBA or NFL athletes,” explained Director Martin Desmond Roe. “This film offers a never-before-seen look at these remarkable heroes as they train tirelessly to shatter one of the biggest barriers in the world of sports and human endurance.”

• Eliud Kipchoge: “This 32-year-old Kenyan carries himself with unerring confidence and is always relaxed, at ease, and in complete control. Whether he’ll break the record someday isn’t a question to him. It’s a fact.”

• Lelisa Desisa: “A cool, 27-year-old Ethiopian, Desisa skyrocketed onto the scene in 2010 with incredibly fast times, and has won the Boston Marathon twice. Although recently his times have faltered, the Nike scientists see great potential in this young athlete and think Desisa has the potential to run a sub-two marathon in the future.”

• Zersenay Tadese: “From Eritrea, 35-year-old Tadese holds the world record for the fastest half-marathon ever run. But his full marathon time has historically been so poor that at first glance it’s shocking he’s even in the lineup.”

The film will also feature Dr. Brad Wilkins, director of the Nike Explore team in the Nike Sport Research Lab. Wilkins and his team “looked for any and all ways to optimize the runners’ performance, from conducting endurance tests to crunching lab data and identifying the optimal race strategy.”

It also features Dr. Brett Kirby, an expert on human bioenergetics who helped measure and enhance each runner’s velocity, running economy, hydration ability and oxygen consumption to provide the science behind this world-changing attempt.