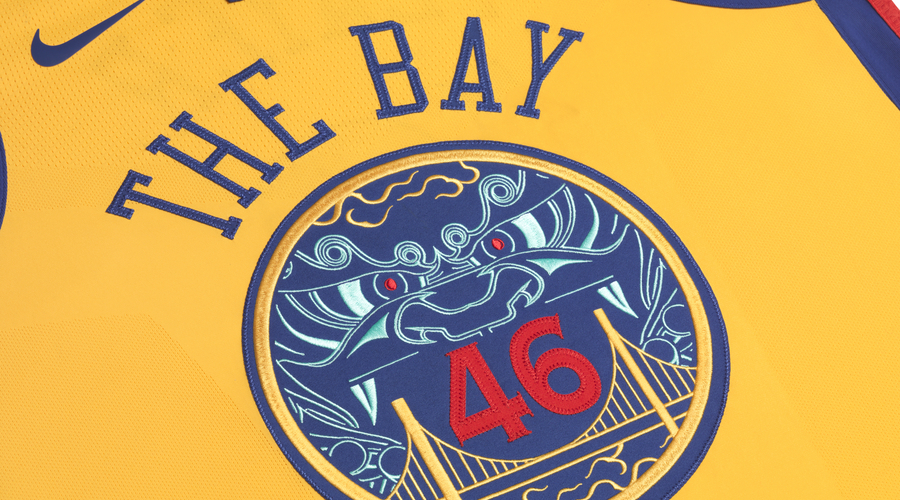 When Nike and the NBA formalized their partnership earlier this year, both brands focused on bringing change to game day.

Following the reveal of the Association, Icon and Statement Editions, Nike unveiled the fourth uniform category, The City Edition. The designs honor the fans who make their way to their local arena, those whose passions help define each team’s identity.

The Nike NBA City Edition uniforms encapsulate each team and its city in a way that respects the past and present of the clubs while also positioning them for the future. All 30 teams in the NBA will get a new City Edition uniform every year, with diverse influences that will be consistently focused on the fans and city that support each team.

Here’s a look at a few of the City Edition uniforms for this season.

The L.A. Lakers City Edition honors some of its most famous players as part of the “Lore Series.”

Kobe Bryant is the first Laker legend to inspire the team’s City Edition design. The uniform features a signature Black Mamba print and LA/24 on the belt buckle. The organization’s winning tradition is referenced by the inclusion of 16 stars on the uniform’s side panels to represent every NBA Championship the Lakers have won.

Since 1957, the Boston Celtics have won 17 NBA titles, more than any other team in the league. While Boston has seen many different leaders and legends, all of the franchise’s success happened under the same roof. The parquet floor of “The Garden” has become synonymous with the Celtic green and white.

The Celtics City Edition uniform pays tribute to this characteristic hardwood floor and the man credited with starting the dynasty, Red Auerbach. The belt buckle is accentuated with a banner design to match the TD Garden rafters and highlights the Celtics’ most recent NBA Championship in 2008. Gray, the color of unity, was incorporated in the uniform to signify the team’s large regional fan base spread across New England.

Proud residents of Oakland, the Warriors have represented the Bay Area since their arrival on the West Coast in 1962. The Warriors relocation coincided with the emergence of San Francisco’s Chinatown, a population that brought diversity to the city and quickly grew in size and impact — and is a central influence for the team’s City Edition uniform, which pays tribute to Chinese culture in the Bay Area and icons of prosperity. The Chinese characters for prosperity are placed on the belt buckle while the chest logo combines the Golden Gate Bridge and classic Chinese symbolism. The suspension bridge detail is shared with the club’s other uniform Editions.

Inspired by the pride and spirit of an entire community, the Cleveland Cavaliers are united by an “all for one and one for all” attitude to protect and “Defend The Land” together.

For more than 75 years, the giant “Guardians of Transportation” sandstone sculptures have stood guard over Cleveland’s Hope Memorial Bridge to protect travelers entering and leaving the city. The side panels of the Cavaliers City Edition uniform represent the Guardians, but with a team-specific twist.

The Cavs shield logo is inset as the head of each sculpture. Further graphic inspiration from the Guardians’ robes and a belt buckle featuring the silhouette of the state of Ohio symbolize the team’s stature as a regional protector. “The Land” is emblazoned across the chest to offer direct tribute to the entire Northeast Ohio area.

Milwaukee is defined by two things: the cold winters that roll in off the edge of Lake Michigan and Cream City brick, formed from the clay found in the Menomonee River Valley. While the latter is a hallmark of the local area’s architecture, the former is responsible for fostering the grit and determination of its populace. The city’s current Bucks know these characteristics are critical to their success.

Just as the distinctive clay is the foundation upon which Milwaukee was built, the color is the foundation for the Bucks Cream City Edition uniform. The uniform draws additional color inspiration from the full palette of the city and its surrounding region. The Cream City rainbow pattern brings the blending of the urban landscape, with a green ode to Wisconsin’s lush landscapes and a blue that pays tribute to Milwaukee’s etymological designation as a gathering place by the water, to the forefront.

You can’t miss the Buck head prominently displayed on the jersey, and a silhouette of the state of Wisconsin appears on the belt buckle graphic.

The Memphis Grizzlies, who revealed their City Edition uniforms as a part of their Martin Luther King Jr. Day celebration earlier this month, will be one of the first teams to wear their uniform on court when they face the Los Angeles Lakers on January 15, the birthday of the Civil Rights icon.