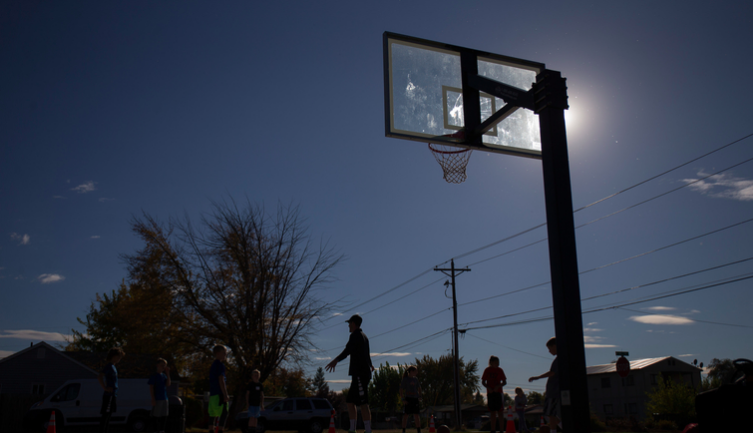 Nike’s contribution to the 2018 Portland Basketball Courts Revitalization Project is a one-time donation of $750,000 to Portland Parks & Recreation, to be administered by Verde, to be used for the revitalization of the courts, while the Portland Trail Blazers will donate $100,000 a year for the next three years (2018-2020). Nike and the Trail Blazers will also continue to support youth programming on the courts, including Summer Free for All, the Portland Parks & Recreation summer program that provides free lunches and summer activities for kids during the day and great family activities in the evening.

An anticipated reveal of the renewed court and backboard design is planned for late summer 2018, with individual court completions taking place from fall 2018 through fall 2019. Nike and the Trail Blazers have selected Verde—an Oregon nonprofit organization that serves communities by building environmental wealth through social enterprise, outreach and advocacy—to receive and manage the grant funds. Their social enterprise program Verde Builds will serve as the general contractor for the project.

“Parks are at the heart of communities across the city, and a place for Portlanders of all ages to gather and play together,” said Commissioner Amanda Fritz. “The partnership will support repairing some of the most needed basketball courts in the parks system. I appreciate this opportunity to improve the recreational opportunities throughout Portland.”

This project is a continuation of the 2002 Anniversary Project in which Nike donated more than $2 million to the Portland Parks Foundation, in celebration of its 30th anniversary, to resurface all the outdoor basketball courts in 75 days as Nike’s way of thanking the Portland area for being its home since 1972. In addition to the park name, the courts will also feature the Trail Blazer pinwheel and Nike swoosh logos.

“Nike’s ongoing partnership with Portland Parks & Recreation reflects our commitment to the City of Portland, and to inspiring sport and physical activity for kids as part of our belief that kids aren’t made to sit still; they’re made to play,” said Karol Collymore, senior manager, Global Community Impact, Oregon at Nike. “We’re thrilled to continue our support of Portland’s courts with the Portland Trail Blazers, knowing how much they share our passion for kids, community, sport and creating equal playing fields for all.”

“Partnering with Nike, Portland Parks and Recreation and Verde to revitalize several of the city’s outdoor basketball courts is an exciting opportunity,” said Christa Stout, vice president of Social Responsibility for the Trail Blazers. “The partnership allows us all to continue to prioritize equitable access to basketball across the city, which will also include fun programs with our youth coaches and the community.”

The Portland Parks & Recreation parks included in the 2018 Portland Basketball Courts Revitalization Project are as follows: