Nike to Consolidate Distribution in Memphis

Nike, Inc. will be consolidating its existing Wilsonville, Ore. and Winchester, Tenn. footwear distribution centers into a single location by 2008. A comprehensive business analysis projected several benefits to Nike and Nike retailer customers including: cost efficiencies totaling over $200 million, reduced shipping times and increased service capabilities. The new facility is expected to be located in the greater Memphis area.

Nikes Board of Directors accepted senior managements recommendation for the change at its meeting on September 17. The supply chain initiative will result in the closure of the existing Wilsonville Distribution Center sometime in 2008. Employees at both facilities have been notified of the plan and Nike is working with those impacted, specifically in Wilsonville, on relocation to the new facility or alternative career options at the company. A similar process will occur with the current Winchester/Memphis based employees once a final site is determined in the area.

“In order to remain competitive, this is the correct decision for Nikes continued long-term supply chain success, its retail customers and shareholders,” said Nick Athanasakos, Vice President, US Supply Chain. “We regret the varied impacts upon the dedicated employees and supportive Wilsonville community. However, to leave a projected savings of $200 million over 20 years on the table and not reinvest in Memphis or retailer service, would jeopardize our future growth plans for the entire business,” Athanasakos added. Because of its overall expanding global business, including subsidiaries, Nike plans to sell the Wilsonville facility with a lease-back agreement with the new owner to secure its presence there through 2008 and perhaps longer.

Nike currently has 232 full-time employees at Wilsonville and 250 at Winchester. The company anticipates transferring nearly all of the Winchester employees to the new facility. By providing approximately two years of notice for the change, Nike is optimistic it will be able to offer other opportunities for the full-time staff at Wilsonville. For those employees who are unable to find a new position or who opt not to relocate to the Memphis area, Nike will provide transition services before the facility closes.

Nikes Oregon employment has expanded by an average of approximately 225 new employees annually during the past few years and it is constantly reinvesting resources in its newly reorganized sport category focus, product innovation engines and retail operations. Nike has a total global workforce of 28,000 with approximately 6,140 employees based in Oregon; another 1,347 employees are based in Memphis.

Nikes presence in Oregon is as robust as ever and the future is bright with new business opportunities being planned and physical building space being brought on line. In 2004, Nike released a report that cited the companys economic impact in Oregon to be approximately $2 billion annually and 16,800 jobs directly and indirectly.

Given its presence in Wilsonville since 1987, Nike has also pledged to work closely with the State of Oregon, the community of Wilsonville and the prospective new owner of the facility. “Wilsonville is a supportive community with a diligent work force with which Nike has enjoyed a great relationship and much success,” Athanasakos said. 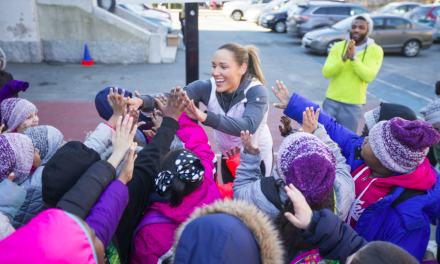