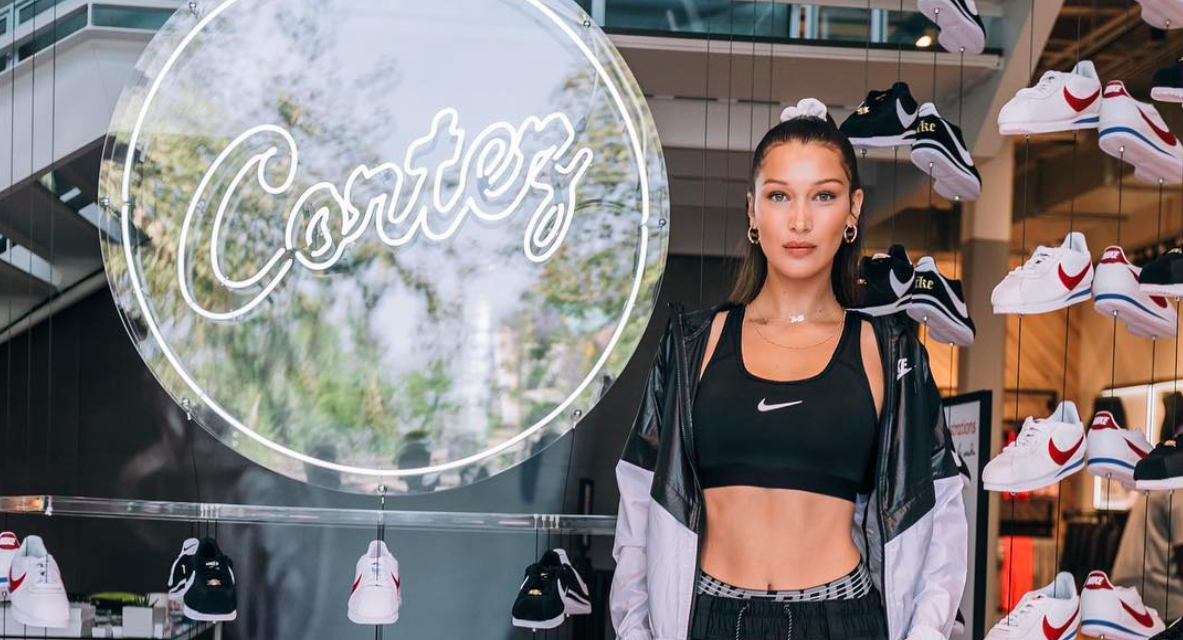 At its Investor Day held at Tiger Woods Center at its Portland headquarters, Nike officials said they expected earnings per share to grow in the mid-teens on high-single-digit revenue growth over the next five years.

At the event, Mark Parker, Nike’s CEO, said he expects digital revenues to expand from 15 percent of revenues to 30 percent over the next five years. Over half of its sales growth over that period will come from “new innovation concepts that will scale across multiple categories.” About 75 percent growth will come from outside the U.S.

Parker said Nike’s mission remains bringing “inspiration and innovation to every athlete in the world.” At the same time, Nike is looking to “take advantage of big shifts” in the athletic landscape and retail overall. Said Parker, “Where others see disruption to old models, we see opportunities for new growth.”

Among Nike’s growth drivers is the growing popularity for sports and active lifestyles. Parker noted, for example, that 40 percent of Americans participate at least once a week in high-calorie-burning activities. In China, over 400 million are active at least once a week.

He also noted that the way people consume sports content has changed “dramatically.” The NBA, for example, has over 1.3 billion social media followers across league and player pages. While live sports makes up less than 2 percent of traditional TV programming, it generates 50 percent of Twitter-TV related conversation.

Another growth driver is tapping the “empowered consumer who has unprecedented options.” Parker stated, “They set a new expectation for brands in their mobile-led world and their options are really limitless.” He called them “infinitely informed” with “infinite choices” and “their world is infinitely faster.”

A final driver is a global demographic shift that he described as “really tailwinds for our business.”

The company’s primary consumer base is 50 million in the U.S., but “if growth trends continue in China, the primary consumer base will be 10 times that.” Parker also noted that over 2 billion digital natives in markets like China, India and Latin America will join the middle class by 2030.

Officials didn’t directly discuss the recent slowdown in Nike’s growth, driven by North America. Most of the discussion elaborated on the company’s “Consumer Direct Offense” and “Triple-Double Strategy” already announced earlier this year to revitalize growth in part by forming deeper connections with consumers. The moves included the layoff earlier this summer of 2 percent of its workforce, or about 1,400 employees.

Parker said Nike plans to bring out “the most impactful portfolio of innovation in the company’s history” to stoke demand while also relating the many steps Nike is taking to adjust and capitalize on the retail disruption caused by digital technology and changing consumer preferences.

Converse “will renew its focus on its authentic sports legacy” while further leveraging Nike’s innovation platform. More attention will be expended on extending its range beyond Chuck Taylor to the Chuck 70, Jack Parcel, One Star and “a few more surprises over this next year.”

Women’s will continue its recent focus beyond training to encompass running and sportswear as well. Said Parker, “This alignment puts us in the better position to drive growth from a consistent and holistic point of view for Nike women. We’ll deliver more innovations in women’s product with a focus on new platforms that are just for her and more choices for women’s sneakers. A huge opportunity to say the least.”

Nike will also expand its women’s reach with more sizing options for bras, tops and bottoms, similar to its launch this past spring of an expanded plus line with over 90 styles.

A major focus on innovation will continue to be running, with the running silhouette “really fueling considerable growth in the athletic industry right now” across both performance and lifestyle. Nike plans to further leverage its recent cushioning platforms in the category.

The Zoomx, which Parker called the “most responsive cushioning system we’ve ever developed,” will begin to scale in a new version of the Pegasus 2.

React, which he said had “the greatest potential to benefit the widest range of people,” will scale from basketball this season to running, training and sportswear. The Epic React running shoe was unveiled at the event.

Finally, the “VaporMax, along with other Air Max innovations in our pipeline, will drive several billions of incremental growth.” Parker also noted that Nike Air as a stand-alone company would rank as the third largest athletic company in the world.

Parker said speed is being built into Nike’s manufacturing process through digital design and other methods that helped support the launches of the Lebron 15, Flyknit Bra, FlyLeather and HyperAdapt 1.0.

Despite Nike building a $5 billion business in running, the brand remains “under-penetrated at many key price points,” Edwards said.

In football (soccer), Nike has its brand on more players across the five major leagues than any other brand. In the English Premier League, it has double the share of players versus Adidas. Nike has the leading soccer boot with the Mercurial and is planning a new franchise boot model next fall to expand share. Football training apparel is also expanding at a 20 percent clip annually and “we don’t see it slowing down,” Edwards said.

Nike’s new NBA partnership is providing “tremendous momentum” around basketball, and the season started out strong with the Lebron 15 selling out “immediately in all digital channels.”

In sportswear, Nike has the largest business in not only footwear but apparel, where it has registered 13 straight quarters of double-digit growth. Said Edwards, “What’s most exciting is we’re just getting started in sportswear as markets all over the world begin to embrace sport as a new lifestyle.”

Nike’s women is a $7 billion business, outpacing men’s. It “will continue to do so” as more women engage in sports and wellness activities.

Another emerging area is youth athletes, which is particularly supporting its Nike.com business. The Jordan Brand is seeing “surging” international growth with opportunities particularly in China and the APLA region, but still has ample room to expand in the U.S. as it enters new categories and segments.

Edwards added that one of Nike’s “greatest opportunities” around digital is serving our consumers “more personally,” and this comes down to not just meeting but anticipating their needs. Said Edwards, “Brands that listen and connect win and we are well served in that journey.”

Anticipating consumers’ needs comes down to improving speed throughout the organization but particularly with digital. Nike’s investments over the last few years in digital and mobile “are paying off.” This includes building “rich and personal experiences” for consumers on Nike.com and across its wide range of apps. Members of Nike’s apps spend three times more than other guests on Nike.com.

Nike is tapping data science and machine learning to further tailor the experience for consumers to increase retention and spending. Edwards said, “By knowing you better, we can serve you better. The end goal is simple. We want to build lifelong connections with our members by giving them value as inspire them, as we help them and as we serve them in their journey.”

Nike will also be launching a new Nike Plus membership program “to take Nike membership to the next level.”

Edwards added, “Nike began by serving athletes outside of a van one by one. Today, what’s amazing is technology has made it possible to serve that vision at a massive scale all across the globe.”

On revitalizing full-price selling in the North America market, Edwards said its Nike’s job to “create demand for our products. The consumer wants more freshness, they want newness and they want excitement.”

As such, Nike will bring “more innovation, tell more powerful stories” while bringing more consumer concepts to the retail marketplace. Edwards added, “We know if we’re doing justice by our brand in servicing the consumer, full price will come.”

But Edwards also added that Nike will be shifting away from “undifferentiated retail” that the company feels will become “less profitable over time as the consumer migrates away.” Adequately serving consumers “means making it easy, frictionless and more personal for them no matter where they shop. Unfortunately, that’s not happening enough now.”

Nike has come up with NCEX, which stands for Nike Consumer Experiences, to provide a “unified vision aimed at giving the consumer a better Nike experience anywhere they shop.”

This includes supporting its own direct-to-consumer business as well as its wholesale partners. Edwards added, “It features curated product assortments, exclusive services and elevated environments and user experiences all tailored to the consumer.”

Nike expects to focus on 40 key partners with a goal that two-thirds of doors will be differentiated. Overall, it now sells through 110,000 points of distribution and 30,000 retailers. Edwards said branded spaces led by NCEX drive more than double the revenues of conventional wholesale retail for the brand. He added, “So we’re working hard to drive that advantage everywhere.” 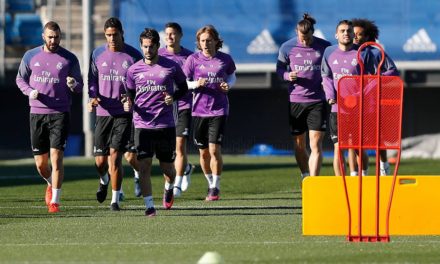 Aisle Talk, Week Of May 8 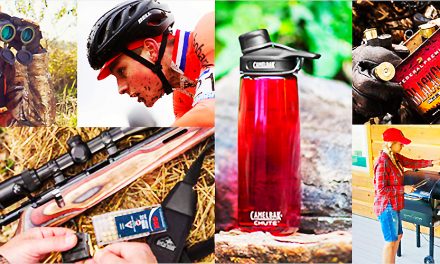