Nike is starting to see the planets align for continued growth in sales and earnings going forward as they whittle away at the cost of goods and the market reports improvement in sales of $100+ footwear. The market shift — aided by tighter inventories that helped boost close-out pricing — helped push the average selling price of athletic shoes up 4.0% in the U.S. during the quarter.

The company also sees upside as the weaker dollar fuels margin gains precipitated by growth outside the U.S. that once again outpaced gains in the domestic market.
In the U.S., management points to “the new independent” retailer that is “making this business fun again” and the sporting goods channel becomes a larger part of the companys overall business.

Much of the 21% revenue increase for the companys fiscal third quarter through February did come from currency exchange benefits, but was also aided by the inclusion of Converse in this years numbers.

Nike estimates that the business actually grew approximately 6.0% on a “more normalized basis”.

The Nike brands positive growth in all three business segments in the U.S. was the first such across-the-board improvement in seven quarters as solid gains in Sports Performance apparel more than offset declines in Active Life apparel. Licensed Apparel was said to be “flat” for the quarter. The double-digit gains in the Equipment business was attributed to growth in Socks, Basketballs, and Baseball Equipment. U.S. Nike Footwear sales were hindered a bit by a 25% decline in the Footstar business.

The somewhat balanced improvement was also evident at owned-retail, as comparable store sales rose 1.0% for the quarter, led by an 8.0% gain at Nike Town stores and “double-digit” comp store sales growth at the Nike Goddess stores.

The International business, which accounted for almost 55% of Nike brand sales in Q3 versus 49% in the year-ago period, saw a 54% increase in pre-tax income on a 31% gain in revenues for the quarter. The non-U.S. business should continue to gain share as a percentage of the total Nike business as the company moves more of the Nike business under the company umbrella and starts to convert the Converse international business, which is largely made of distributors, to direct entities.

The company said the current transfer of the distributor-led Nike businesses in Russia and India to corporate-owned entities and the more established direct business in China and Brazil leaves it “well positioned in four of the largest emerging economies in the world”.

The Europe, Middle East, and Africa region realized about 21 percentage points of its growth from the weaker dollar. Additionally, the company estimated that it moved about $26 million of revenue into Q3 from Q4 this year due to an earlier start to the spring selling period in footwear. Sans these two items, Nike estimates that EMEA sales rose just 1.0% in Q3.

EMEA Footwear sales improved 25% on a currency-neutral basis, but would have gained just 3.0% excluding the earlier deliveries. The region was the one area where the company saw close-outs make up a smaller percentage of total sales for the quarter. Nike did not give currency-neutral figures for Apparel and Equipment.

Pre-tax profits in EMEA increased 115% in Q3 to $173 million from $80.5 million in the year-ago quarter. Gross margins improved 200 basis points in the region, or 40 basis points on a currency-neutral basis.

Asia Pacific saw revenues grow approximately 11% in the third quarter on a currency-neutral basis, driven by exceptional growth in Japan and China. The Japan business grew 27% and sales in China jumped 71% in the quarter, due primarily to the growth in Basketball.

Pre-tax income in Asia Pacific was up 8.0% to $86.9 million, helped by a weaker dollars impact on gross margin. The 30 point gain in GM for the quarter would have been higher, as an 80 basis point gain in margin from FX rates was offset by “lower profitability of close-outs”.

The Americas had the largest regional sales increase on an adjusted currency-neutral basis — increasing 15% in local terms — but was also the only drag on profits. Gross margin in the region was off 500 basis points as weaker currencies in Mexico, Brazil, and Argentina more than offset the stronger Canadian dollar. Pre-tax profits were down 12% to $416.1 million for the quarter.

SG&A increased 17.7% in the quarter, but would have been up roughly 10% excluding currency exchange issues and the addition of Converse. Those two factors also impacted the marketing budget as “demand creation” spending rose 14% to $308 million in the quarter, or up approximately 6.0% excluding the FX rate and Converse. The balance of the increase was attributed to “increased account marketing and endorsement expenses” in the U.S. and “investments” in the Speed initiative in Asia.

The increase in inventories at quarter-end was said to be “almost entirely” due to the acquisition of Converse, which accounted for $45 million of the increase, and the FX rate, which accounted for another $98 million of the gain. Excluding the impact of the two factors, inventories actually declined 6.0% in the U.S. and increased just 1.0% in EMEA and 5.0% in Asia. Overall, inventories were roughly flat to the quarter-end last year and close-outs were said to make up a lower percentage to the total.

Nike said that third quarter growth was “unusually high” due to some of the shift in timing of product and that fiscal Q4 growth would be “much more in line” with futures direction.

NKE sees fiscal 2005 first quarter sales increasing in the “mid-teens” due to the addition of Converse, continued FX rate benefits and “improved momentum in the U.S.
Worldwide futures orders for athletic footwear and apparel scheduled for delivery through July was up 9.9% to $4.7 billion, or up approximately 6.0% in currency-neutral terms. U.S. futures were up 4.5% and Europe grew by 11%, or roughly 3.0% excluding the FX benefit. Asia Pacific futures were up 23%, or 18% currency-neutral, at quarter-end and the Americas increased 11%, or 9.0% on a currency-neutral basis.

U.S. basketball futures were said to be up 15% at quarter-end. Apparel futures in the U.S. were down, but the company said the decreases were “sequentially improved”.
Nike chairman and CEO Phil Knight said he was “pleased” with the U.S. business, adding that the backlog gain for the domestic region was the “strongest futures orders growth in eight quarters”. 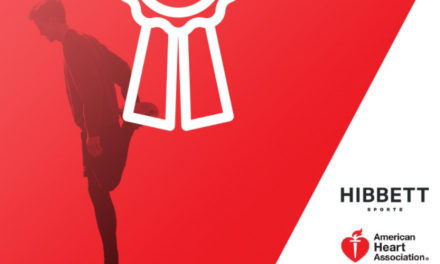