To mark the 10th anniversary of the day when he was diagnosed with cancer – October 2nd (10/2) – Lance Armstrong and Nike, will launch the “Run Like Lance Challenge,” created to support Armstrong and track his miles as he trains for the 2006 New York City Marathon.

With a goal of logging 50,000 miles prior to running the marathon, the seven-time Tour de France winner is calling on his “Army” of cancer-fighting advocates to help him reach his goal in what will be his first major athletic competition since stepping down from professional cycling. Nike will donate $1 to the Lance Armstrong Foundation (LAF) for every mile run and logged by Armstrong and runners that visit www.nikeplus.com from October 2nd until November 5th.

Armstrong recently selected five New Yorkers, one from each borough, who are participating in this year's marathon to serve as borough captains in the “Run Like Lance Challenge.” Runners from around the world can also contribute by logging on to www.nikeplus.com to donate miles to the borough of their choice. The New York City borough that logs the most miles will present the check to the LAF.

In preparation for the marathon, Armstrong recently trained in the Big Apple with a group of 200 runners, running from Niketown (57th Street and 5th Avenue), across the Queensboro Bridge and into Queens. At the end of the five-mile run, Armstrong visited the famous “5 Pointz,” a scenic city block of industrial buildings adorned with artistic graffiti dedicated to Armstrong and his fight against cancer.

To further support Armstrong's participation in this year's marathon and bring awareness to his cause, Nike recently unveiled an 80-foot billboard on 34th Street and 7th Avenue in New York City. The billboard, which displays an image of Armstrong, reads “Run 26.2 Like Lance – Join Lance at Nikeplus.com.”

The New York City Marathon, which usually draws more than 85,000 applicants each year, will be run on Sunday, November 5, 2006. The Marathon began in 1970 and now traverses New York's five boroughs: Staten Island, Brooklyn, Queens, the Bronx, and Manhattan, passing through ethnically diverse neighborhoods, bridges, then on to the finish line in Central Park. 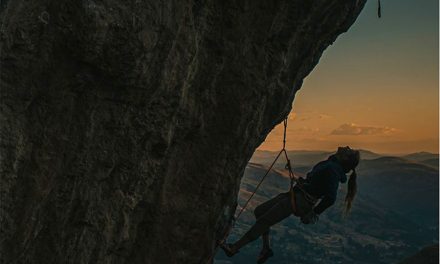