Nike reached a definitive agreement to sell its Starter brand to Iconix Brand Group, Inc. for $60 million in cash. Nike expects the transaction to be completed in December.

“We're pleased to have found a buyer committed to investing in and growing the Starter brand,” said Nike Inc. President and CEO Mark Parker. “Under Nike's ownership, Starter has significantly strengthened its brand and product design and development capabilities. It is a difficult decision to divest any business, but we have found the right buyer and this is the right choice for Nike. Iconix is a well-respected brand builder and manager.”

Nike decided to divest Starter, acquired in 2004, following a strategic review of the company's Exeter Brands Group, of which Starter is the main business. As part of the company's long-term growth strategy, Nike is optimizing its portfolio of subsidiary brands, which contribute more than $2 billion in annual revenues, to ensure the company is investing in the greatest growth opportunities with the highest returns. Exeter is the smallest subsidiary in Nike's portfolio. Starter's growth potential relative to other brands in Nike's portfolio, such as Converse, Cole Haan, Hurley and Nike Golf, resulted in the decision to divest. Nike also recently announced its intent to explore the sale of Nike Bauer Hockey. That exploration process is still under way.

Starter is distributed primarily in the United States through Wal-Mart, and internationally through licensees.

Neil Cole, Chairman and CEO, Iconix, stated, “Starter is an iconic brand
that diversifies our portfolio of holdings by moving us into the athletic
apparel, team sports and athletic footwear categories. It is a brand with a
great deal of growth potential, both in the United States and around the
world, and one to which I am confident that Iconix can quickly add a lot of
value. We are very excited by this brand's potential, especially given Wal-
Mart's unmatched reach as a retailer and our marketing expertise. We believe
Starter has the potential to become one of the largest athletic apparel and
footwear brands in the world. To help reach that potential, we are working on
a multi-faceted strategy, including signing some major professional sports
figures and growing our team sports business which is Starter's heritage.”

Iconix also owns the brands Danskin Now and OP which are both licensed to
Wal-Mart.

Dottie Mattison, SVP and GMM of apparel for Wal-Mart commented, “Our
customers have responded very positively to our athletic apparel and footwear
brands at value price points. Starter is one of our most powerful brands, both
in terms of its heritage and the range of different categories it covers.
Iconix is an innovator in marketing and building brands and we are
enthusiastic about their plans for Starter.” 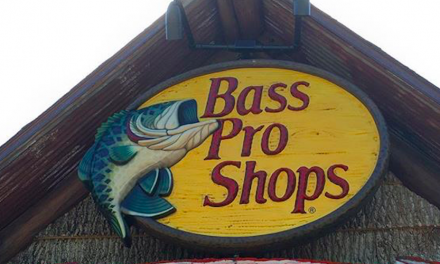