“Fiscal year 2015 is off to a strong start. Our connection to consumers and ability to innovate, combined with our powerful global portfolio, is a complete offense, said Mark Parker, President and CEO of Nike, Inc. Nike has never been better positioned to realize our tremendous growth potential.”*

During the first quarter, Nike, Inc. repurchased a total of 10.6 million shares for approximately $819 million as part of the four-year, $8 billion program approved by the Board of Directors in September 2012. As of the end of the first quarter, a total of 62.5 million shares had been repurchased under this program for $4.2 billion, an average cost of approximately $67.74 per share.

As of the end of the quarter, worldwide futures orders for Nike Brand athletic footwear and apparel scheduled for delivery from September 2014 through January 2015 were 11 percent higher than orders reported for the same period last year. Excluding currency changes, reported orders would have increased 14 percent. 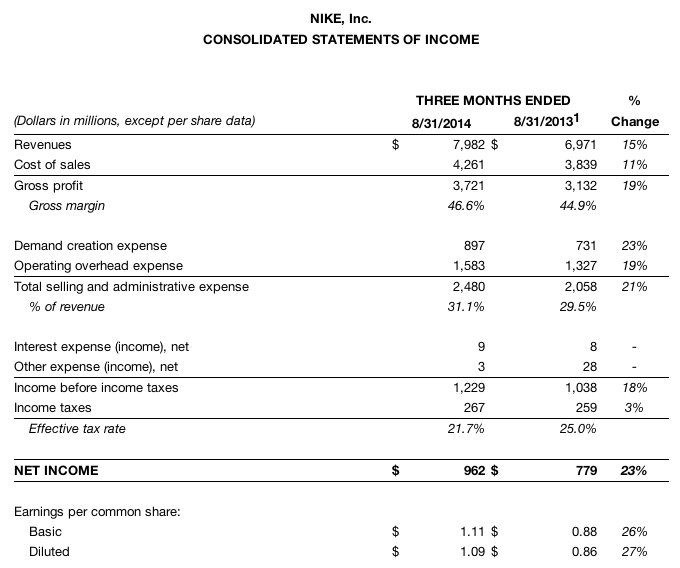 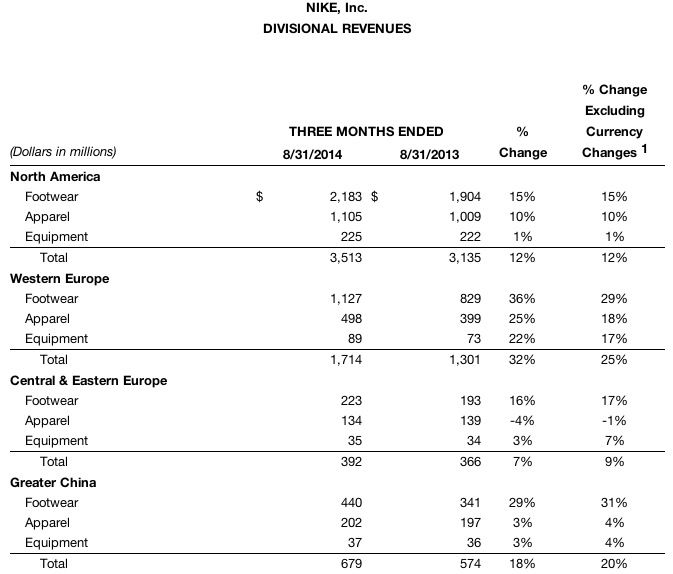 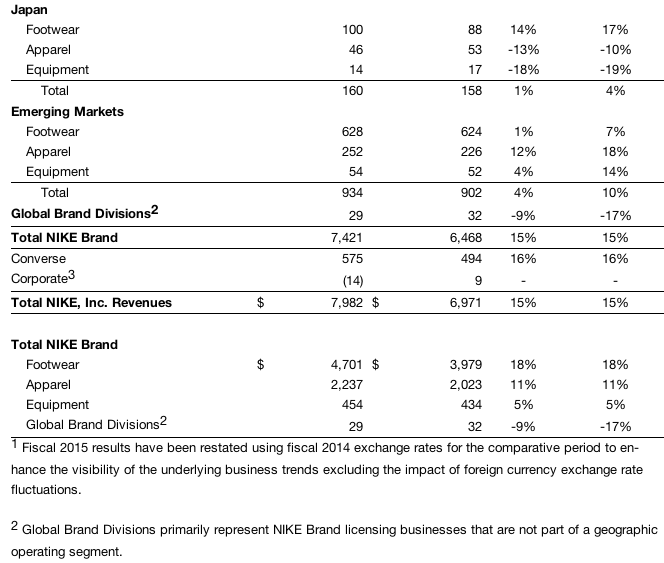 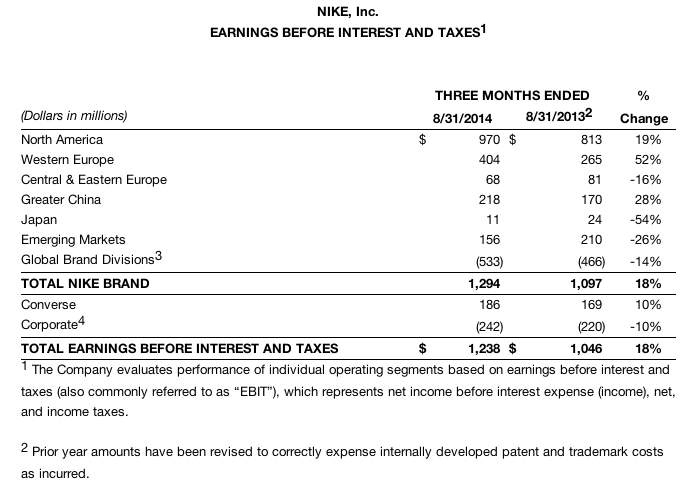 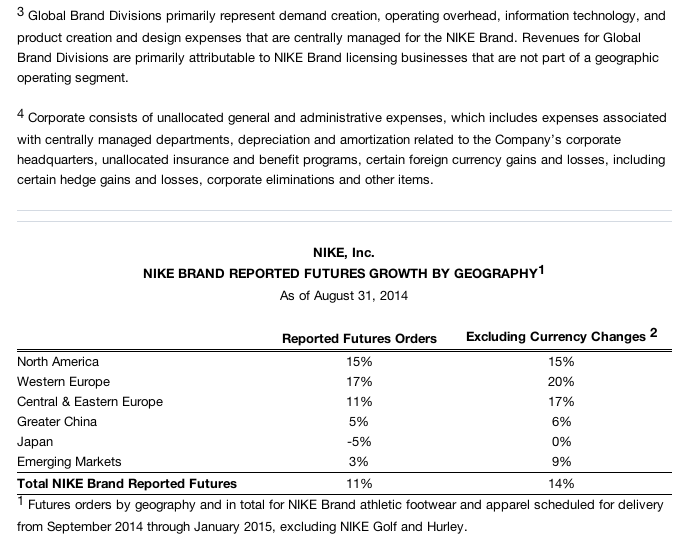