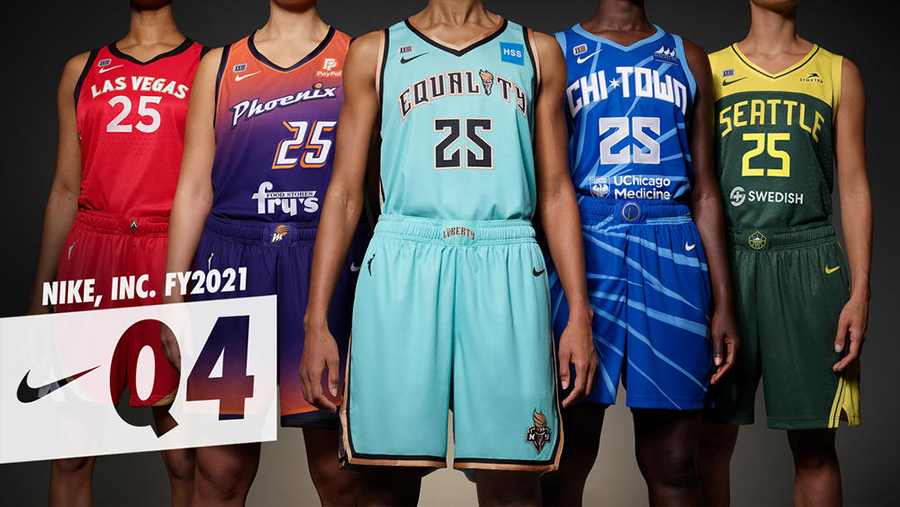 “Nike’s strong results this quarter and full fiscal year demonstrate Nike’s unique competitive advantage and deep connection with consumers all over the world,” said John Donahoe, President & CEO, Nike, Inc. “FY21 was a pivotal year for Nike as we brought our Consumer Direct Acceleration strategy to life across the marketplace. Fueled by our momentum, we continue to invest in innovation and our digital leadership to set the foundation for Nike’s long-term growth.”

Fourth-quarter revenue growth was led by higher wholesale shipments due to the annualization of COVID-19-related physical retail closures in the prior year in North America, EMEA and APLA. As physical retail re-opened, Nike Brand Digital continued to deliver strong revenue growth of 41 percent versus the prior year and 147 percent compared to the fourth quarter of 2019.

Full year Nike, Inc. revenues increased 19 percent on a reported basis or 14 percent compared to the fiscal year 2019, reflecting growth across all geographies and Converse including seven consecutive years of double-digit, currency-neutral growth for its Greater China business.

May 31, 2021 Balance Sheet ReviewI
Inventories for Nike, Inc. were $6.9 billion, down 7 percent compared to the prior-year period, driven by strong consumer demand as Nike returned to healthy inventory levels across markets closed in the prior year due to COVID-19.

Cash and equivalents and short-term investments were $13.5 billion, $4.7 billion higher than last year, primarily due to proceeds from net income partially offset by cash dividends.

Shareholder Returns
Nike has a strong track record of investing to fuel growth and consistently increasing returns to shareholders through dividends and share repurchases, including 19 consecutive years of increasing dividend payouts. In fiscal 2021, the company returned approximately $2.3 billion to shareholders, including:

During the fourth quarter of 2021, Nike, Inc. resumed share repurchase activity. As of May 31, 2021, a total of 50 million shares for $4.7 billion had been repurchased under this program.