Nike said in a statement that it had completed its initial investigation into claims of unacceptable living conditions, withholding of worker passports and garnishing of wages at Hytex, a Malaysian contract factory. Nike said its investigation confirmed serious breaches of Nikes Code of Conduct at the Hytex Factory.

Nike’s investigation came after a report on ‘s Channel 7 found “human trafficking on a massive scale” at the T-shirt factory. Channel 7 reported that migrant workers had to pay fees equivalent to a year’s wages in their home countries to agents who got them jobs. The factory then held their passports until the workers repaid the fees. The television report last week said workers were housed 26 to a room in filthy conditions, with hundreds of men bathing in a single trough.

On Friday, Nike’s statement said “it takes these issues very seriously and is taking immediate action to protect the rights of workers in its Malaysian supply chain. We are committed to comprehensively addressing the issues identified at Hytex and to continued follow-up to help ensure changes are lasting.”

Nike listed six “non-negotiable and immediate changes” to be enacted:

1. All current migrant workers will be reimbursed for fees associated with employment including but not limited to recruiting fees paid to agents and worker permit fees.

2. Going forward, any and all fees associated with employment will be paid by the factory as a cost of doing business.

3. Any worker who wishes to return home will be provided with return airfare, irrespective of their contract requirements.

4. The majority of housing has been found to be unacceptable. All workers will be transitioned into new Nike-inspected and approved housing within 30 days. This transition has already begun.

5. All workers will have immediate and total free access to their passports. No restrictions.

6. Workers will have access to a 24-hour Nike hotline should they be denied access to their passports by factory management. All claims will be promptly investigated.

Nike concluded by saying communication to the workers of these changes will be delivered verbally as well as posted in all communal areas in all appropriate languages. In the next 10 days, Nike said it was reviewing review its entire Malaysian contract factory base and require factories to institute these same policies. 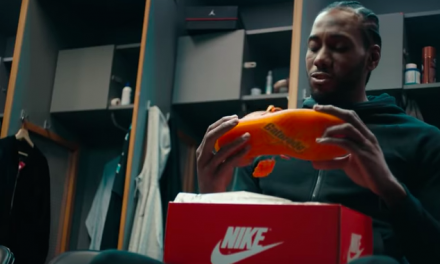