The SDTC is a one-of-a-kind event consisting of a one-mile swim, 44-mile bike and 10-mile run. One hundred and twenty five of the world's top physically challenged athletes will compete on this grueling – yet rewarding – course alongside 550 able-bodied triathletes and celebrities. Several Hollywood stars, Basketball Hall of Famer Bill Walton and other pro athletes are slated to compete.

“Social responsibility is a huge part of what we do at Newton Running, which is why we're happy to support an event that benefits physically challenged athletes,” says Newton Running CEO Jerry Lee.

As a gold-level sponsor, Newton Running is awarding a free pair of Newton Running Terra Momentus All-Terrain Trainers (winner of Triathlon America's award for Most Innovative Product) to 100 members of the Gold Team who raise $2500 in pledges.

The race is sold out, but the public is encouraged to cheer for the athletes and watch the race starting at 8 a.m. at La Jolla Cove, visit the expo and other events taking place prior to the race. For more information, visit www.challengedathletes.org.

SGMA: About Half of America Population Physically Active 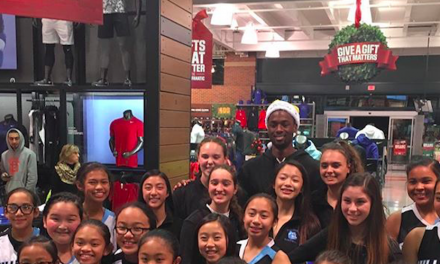