Vail Mountain surpassed its all-time historical cumulative snowfall record with year-to-date snowfall of 141 inches, or nearly 12 feet of snow. The prior record of 140 inches was set during the 1985-1986 winter season. In November alone, nearly 84 inches of snow fell on Vail Mountain, fully 26 inches above the ski resort's historic average of 58 inches for the month.

With the recent round of storms that have pounded Colorado's Rocky Mountains, skiers and snowboarders at Vail have been enjoying more than nearly four feet of fresh powder in the past seven days. Mountain operation crews have been working around the clock to expedite the opening of terrain and lifts. In addition to the Back Bowls that are now open, resort officials will open Blue Sky Basin on Friday, Dec. 9, making it the second earliest most extensive opening of bowls in the resort's history. More than 4,600 acres of the resort's terrain will be open on Friday.

“It goes without saying how gratified we are to have such extraordinary snowfall and ski terrain conditions at this time of year across all five of our Colorado and Lake Tahoe ski resorts. This should be exciting news for skiers and snowboarders, notably including that we have set all-time records for this time of year for cumulative snowfall at Vail and for open terrain at Keystone,” said Adam Aron, chairman and chief executive officer of Vail Resorts.

Breckenridge Resort set a new record for snowfall totals during the month of November, with more than 68 inches or 40 percent more than its historic average. Season-to-date snowfall at Breckenridge is about 80 percent more than the historic average. Boasting a base depth of more than five feet of snow at the summit of Breckenridge Mountain, officials today opened North America's new highest chairlift, the Imperial Express SuperChair, a month earlier than originally scheduled. The Imperial Express transports skiers and snowboarders up to 12,840 feet above sea level for access to 400 acres of expert skiing above treeline.

More than 131 inches of snow has fallen on Beaver Creek Mountain so far this season and with nearly four feet of fresh snow over the past week, skiers and snowboarders today enjoyed one of the best openings of the resort's famed Grouse Mountain expert terrain. Amidst snowstorms aplenty, Beaver Creek successfully held its Birds of Prey Men's World Cup ski races, with racers from 18 nations and three continents competing, receiving considerable international television and newspaper exposure as a result.

Keystone Resort has tied its November record snowfall of 51 inches set in 1983-1984. Thanks to a cumulative season-to-date snowfall total of 105 inches, resort officials have been able to open approximately 2,500 acres of ski terrain, more open terrain at this time of year than ever before in Keystone's 35-year history.

Heavenly Mountain Resort has received four feet of snow in the past week, allowing the resort to open more than 60 percent of its terrain. With a snowpack depth ranging from three to five feet, Heavenly is offering the most terrain of any ski resort in the Lake Tahoe area.

310 Motoring Gets in The Game… 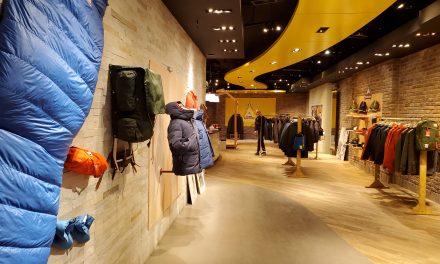