Woodworth has more than 30 years of experience in branded footwear and apparel, most recently leading the global growth of Wolverine Worldwide's Saucony brand since 2006. Previously, he held various executive roles, including president of Tommy Hilfiger Footwear and president of the Greg Norman Collection at Reebok.

In his new role, Woodworth will report to Blake Krueger and replace Andy Simister, who is leaving the company to return to the United Kingdom for personal reasons.

Cobb will lead all aspects of the business and position Chaco for accelerated global growth, officials said. Cobb replaces Chip Coe, who was promoted to managing director of the Wolverine Worldwide Europe, Middle East and Africa (EMEA) region in September.

Cobb has more than 15 years of experience in sales and brand leadership with Wolverine, most recently as vice president global consumer direct at Merrell. In addition to closely managing domestic distribution and growth, Cobb will lead Chaco's global expansion and the brand's transformation from a high-performance water sandal company to a consumer-led lifestyle and outdoor brand, officials said.

Cobb will report to Jim Gabel, president of the Performance Group. 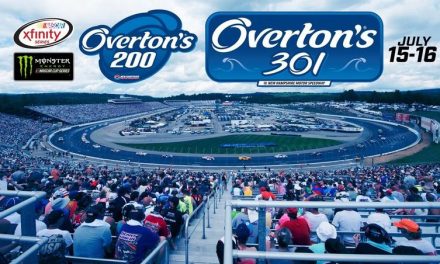 Overton’s To Be Featured Sponsor For July NASCAR Weekend