According to the Climbing Wall Association, a climbing related case originating in January of 2005 was decided on December 7th 2006 in Essex County New Jersey. H&S Development Corp., d/b/a New Jersey Rock Gym, filed a civil suit against The New Jersey Department of Community Affairs and Susan Bass Levin the Commissioner of the DCA. The DCA attempted to regulate the recreational facility under its “Carnival-Amusement Ride Safety Act.”

In explaining his opinion the judge wrote “The DCA bases its jurisdictional claim entirely on the existence of the belay device. Its theory is that the belay device is mechanical; the length of its rope limits the horizontal movement of the descending [or ascending] climbers, effectively carrying them as passengers over a restricted route  The Court finds that the belay device is not designed, intended, or utilized in a manner to carry, convey, or move climbers in an upward direction on the climbing walls. Its only purpose is to arrest or more slowly lower a falling, tired climber or a climber who has completed a climb and wishes to be lowered to the gym floor as opposed to climbing down ”

John Lavin, the attorney for the NJRG, an experienced rock climber based his suit on two points. “The first is based on a principle of statutory construction, namely that a statute is to be construed according to the plain meaning of its words. The words should be given their ordinary meaning, absent evidence of a legislative intent to the contrary. Here, NJRG argues, there is no such evidence, and the statute in question is not vague, ambiguous or in need of interpretation  Second, NJRG asserts that even if the rock-climbing facility it operates could be classified as an amusement ride or ride under N.J.S.A. 5:3-32(a), it is not subject to regulation because it is a sports training facility  ” Both attorney John Lavin and facility manager Barbara Lawrence were instrumental and effective in persuading the judge that rock climbing in the NJRG is conducted as a sport and should not be regulated as a “ride.”

In the decision, the judge wrote: “The Court could end this decision at this point, holding that the declaratory judgment in favor of NJRG is proper and declaring that the DCA has no jurisdiction over the NJRGs rock-climbing wall because they have never adopted the essential regulation asserting such jurisdiction in accordance with law.” The judge also wrote “This Court has real doubts about whether stand-alone rock-climbing walls could be subject to DCA jurisdiction even with regulation.” However, the opinion also contemplates scenarios in which recreational climbing might be regulated if there were statutory authority, appropriate regulations, and proper rulemaking in place.

The judge also discussed the elements that would be necessary to permit jurisdiction by the DCA in subsequent regulatory enforcement efforts either under the existing statute or a future statute. In this regard the judge wrote: “If, however, the DCA believes that it can devise regulations, based upon the statutory language, that could properly distinguish between regulated and unregulated activities it should be given the opportunity. If the DCA believes new statues are needed, it can advise the Governor and the Legislature of the need.”

The case was decided on December 7th, 2006 and posted to the New Jersey Courts Judiciary web site on December 11th, 2006. 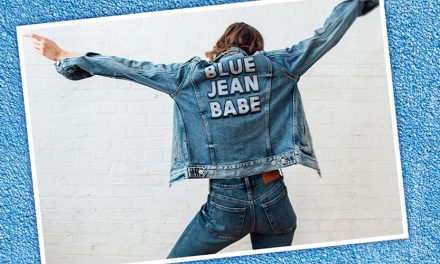