When Sue Rechner was named CEO of Confluence Watersports Company in December as part of a major overhaul of the paddling industry giant, she stepped into what many saw as a pretty tough position. The company had spent another season disappointing independent retailers with spotty deliveries and what many perceived as arrogance.


When longtime sales and marketing chief Kelley Woolsey left the company less than a month after Rechner arrived, it was viewed by some dealers as the latest in a long line of departures by industry veterans that has drained the company of institutional knowledge. While most agree that the measure of her success will be deliveries and meaningful differentiation of the Confluence brand stable going forward, The B.O.S.S. Report thought the time was right to get a 90-dayreview of progress at the company.

In a 90-minute interview and tour at the companys Easley, SC headquarters and manufacturing complex, Rechner told The B.O.S.S. Report that Confluence has completed “about 50%” of a turn-around initiated by its owners, American Capital Group, in June of 2007.

By the time Rechner joined the company in December 2007 from Victorinox Swiss Army Inc., the company was well on its way to overhauling its manufacturing, assembly and shipping operations under the tutelage of American Capital productivity experts. Among their findings were an idle $800,000 rotomolding machine and an underutilized C&C machine that is now running 24/7 cranking out prototypes and plugs for new boats.

The quality control and productivity crash course has created the companys first formal quality-control system. Boats and accessories are now inspected at several stages of production, including after they come out of the ovens, after assembly and before being loaded on trucks for shipment. The company has sent inspectors to search a warehouse filled with more than 20,000 boats to find and inspect the ones that were made before it implemented Kaizen  -a Japanese quality control practice popularized by Toyota – and other QC protocols.

Rechner believes the company has “radically” changed the quality of Confluences product and noted that dealers are noticing.

“It takes a while to turn a battleship around in a bath tub, but I think we are probably at the 50% mark,” Rechner said. “Our goal is to show the new face in totality to the market at the August OR show.”

Much of the dissatisfaction with Confluence has come from independent dealers, who feel Confluences sales to chain stores has cannibalized their business without bringing a significant number of new, long-term paddlers into the market.

How Confluence balances such orders with those coming from small specialty dealers will be critical to the companys credibility in the independent channel going forward.

The good news, dealers say, is that for the first time in a long time, the companys top executives are listening.

“She is a good listener,” said one major independent dealer. “Its very evident that they are trying, whereas before it was evident they did not care.”

She sees her role as consolidating the companys recent gains, rebuilding and then maximizing Confluences potent portfolio, which includes Dagger and Wavesport whitewater kayaks, Mainstream, Perception and Wilderness Systems flat-water kayaks, Mad River Canoe, AT paddles and Harmony accessories. She is still analyzing how to best position each brand.

Rechner is merely the tip of the iceberg when it comes to changes at Confluence. Since last summer, the company has hired a new production manager, a new materials director, added CADCAM designers and expects to name a new head of sales and product management team in coming months. Cheri McKenzie, former chief marketing officer for Victorinox, joined Confluence last week in the same role and sat in on the B.O.S.S. interview.

In her short tenure, Rechner has become known in Easley as a hands-on manager who knows employees first names and spends a lot of time on the road listening to dealers.  She spent much of her first 90 days on the job visiting dealers at shows. When not in Easley or on the road, she returns to a home in Connecticut, where shes inclined to drop in at Outdoor Sports in Wilton to chat with the owner.

A former stand-out softball player, Rechner said she cycles and runs and intends to add paddling to her repertoire as soon as the weather warms. While not an avid paddler  yet  she is passionate about something Confluence needs. 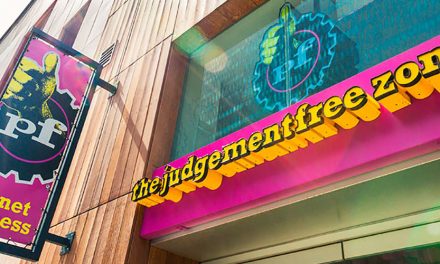