New Balance signed 100-meter IAAF World Championship bronze medalist, Trayvon Bromell, to a multi-year endorsement contract. Bromell, a junior at Baylor University, is the world junior 100m record holder and the youngest U.S. athlete ever to medal in the 100m at the World Championships.

The first high school athlete to break ten seconds in the 100 meters, Bromell, 20, ran 9.84 seconds at the U.S. Championships in Eugene, becoming the first U.S. teenager to qualify for the world championships in the 100m and followed that up by running 9.92 to claim the 100m bronze medal at the IAAF World Outdoor Championships in Beijing this past summer.

“I’m thrilled to join the New Balance family, a brand that I share many of the same values and principles,” said Bromell. “I am especially excited to join a brand that   supports me both on and off the track and shares my vision of giving back to young   athletes from my home state of Florida.”

“Trayvon’s accomplishments as a young athlete make him a great addition to Team New Balance”, says Tom Carleo, vice president of running at New Balance.  “We build innovative product for the fastest athletes in the world and we look forward to      working with Trayvon as he drives the future of U.S. and global sprinting.  In addition to his performance on the track, New Balance and Trayvon share a commitment to giving back which make him a natural fit for our brand.”

Bromell currently resides in Waco, TX and will continue to live there and train under Coach Mike Ford as he looks to make his debut as a professional sprinter and achieve his goal of competing for Team USA at the 2016 Olympic Games.

New Balance employs more than 5,000 associates around the globe, and in 2014 reported worldwide sales of $3.3 billion.

REI Signs on as Sponsor of National Park Adventure Film 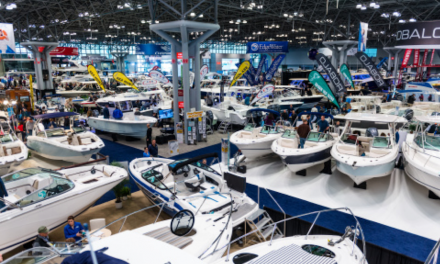