New Balance will officially be entering the toning category in early April with the introduction of rock&tone, a rocker-sole toning sneaker it claims features
lighter
weight and lower profile than any other rocker shoe on the market. Beginning in July, a
second toning shoe will be introduced that features proprietary 360-degree balance-board
technology, New Balance truebalance.

Featuring
materials ranging from mesh to all-over leather and suede,  the rock&tone collection, available in a shoe and a sandal, provides similar benefits as competitive products, consumer testing has shown it to be the most wearable and most comfortable perception testing in New Balanceâ€s state of the art Sports Research Laboratory, according to New Balance. Also, test consumers have responded positively to the lower profile sole unit and overall more stylish aesthetic.

New Balance also said consultations with Dr. Joseph Hamill, PhD, a Professor in the Department of Kinesiology at the University of Massachusetts and one of the worldâ€s experts on lower-extremity biomechanics along with the New Balance Sports Research Laboratory, have illustrated the positive effects of walking in New Balance rock&tone footwear. Additionally, a variety of tests have been performed which substantiate these claims, including Electromyography (muscle activity), VO2 (oxygen consumption), and â€blindâ€ human perception testing.

Meanwhile, truebalance allows the foot to go
through
a thorough range of motion from side to side and front to back
with
every step. Most other footwear that claims similar benefits either
accentuates
front to back motion or side to side motion, but not both, contends New Balance. In
truebalance
footwear, with every step taken, the body works to maintain its natural
balance, activating muscles from the calves to the glutes to the core.
The
result is up to a 29% increase increase in muscle activation and up to a 10% increase in calorie burn. New Balance truebalance is lighter
weight, lower profile and immediately more comfortable will be offered in two silhouettes-the 850
and the
1100.

The New Balance truebalance 1100 will
premiere at
Fred Segal in LA beginning in July, the first toning or true performance
athletic shoe to be sold at this directional retailer. 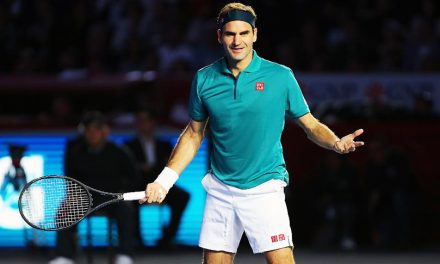