Zumiez Inc. reported a mid-teens increase in net sales for the first quarter as the addition of 21 new stores offset comparable store sales that came in just below flat.  The negative comp hurt the bottom line as well, de-leveraging occupancy costs and driving that decline. On a conference call with analysts, company management noted that tighter purse strings helped to diminish the declines.


“[S]tores in California, Arizona, Florida, and Nevada continue to be particularly challenging for both new and comping stores,” commented CFO Trevor Lang. “However, other markets such as Washington, Texas, Illinois, Wisconsin, and New Jersey performed very nicely for us this quarter.”
The challenged markets accounted for 31% of the companys net sales and 29% of its stores.  As such, Lang went on to conclude, if they had comped flat for the quarter, the companys overall comparable store sales would have increased 2.5%. Those markets performed well for the company through September 2007, which means ZUMZ still has a few months to go before the comps become any easier.
From a product perspective skate, hardgoods, boys apparel and shoes were the companys best performing categories, even though footwear comped slightly negative for the quarter. Footwear was slightly positive for the combined March/April period, but a soft February left the category negative for the quarter as a whole. 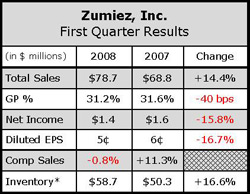 However, management has better hopes for the near term as the company “definitely [has] some easier comparisons to prior years” coming up, not to mention the fact that its major mall competition, PacSun, no longer has a footwear wall.  For the quarter, the toughest performing departments were men's and women's apparel.
The company reiterated its diluted earnings per share guidance of approximately 90 cents to 93 cents for fiscal 2008. This guidance is based on anticipated square footage growth of approximately 20% and on flat to low-single digit increases in comparable store sales.

PPR Spinning Off Stores to Focus on Fashion Brands 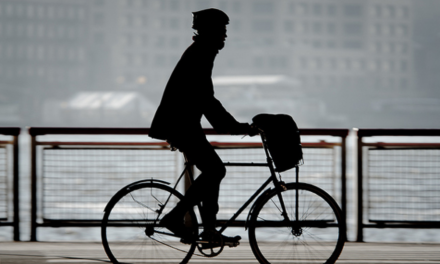