Nautilus, Inc. mailed to following letter to its shareholders urging them to vote against a proposal made by Sherborne Investors LP and its affiliates, a group of NLS investors. The current Nautilus board stated that Sherborne is trying to take control of over 57% of Nautilus board seats, while only owning 25% of the shares of the company's common stock.

The letter reads:
November 8, 2007Dear Fellow Shareholder:You should be aware that a dissident investor is trying to gain control of your board of directors at the upcoming special meeting of shareholders scheduled for December 18, 2007. At the special meeting, Nautilus shareholders will vote on proposals put forward by Sherborne Investors LP and its affiliates, which want to replace a majority of your board of directors with Sherborne's own nominees. Your directors were carefully selected by our Nominating and Corporate Governance Committee following a thorough review of their qualifications. If Sherborne is successful in replacing a majority of your directors, Sherborne's nominees would control your board and, in effect, control your company's operations.Your vote is extremely important. To ensure that Sherborne's nominees do not take control over your board, we urge you to vote AGAINST the removal of a majority of your board TODAY — by telephone, Internet or by signing, dating and returning the WHITE proxy card in the postage-paid envelope provided.Allowing Sherborne's Nominees to Gain Control of Your Board Could Impact the Value of Your InvestmentIt is unfortunate that Sherborne has chosen to launch a distracting and costly proxy fight at this time. In fact, in the interest of working productively with Sherborne to build value for ALL shareholders, your board offered Sherborne board representation in proportion to Sherborne's ownership in Nautilus. The board also offered Sherborne representation on a new, significant board committee which would be formed to help oversee our turnaround efforts.Despite all of your board's and management's efforts to work constructively with Sherborne, Sherborne chose not to accept the board's offers. Instead, Sherborne is seeking to have its nominees gain control of over 57% of the board seats, while only owning 25% of the shares of our common stock. If Sherborne is successful in having its nominees take control of your board, Sherborne expects to have one if its nominees named Executive Chairman by the reconstituted board of directors and to have its nominees cause Nautilus to hire a new chief executive officer with input coming directly from Sherborne. Considering that your board's search to hire a new CEO concluded only weeks ago, your board is troubled by Sherborne's desire to immediately remove Bob Falcone without cause, which would cause Nautilus to suffer the further disruption of a third CEO within a six-month period.We believe that handing over control of your board to Sherborne's nominees is not in the best interests of all shareholders. Sherborne is a hedge fund whose primary business is investing in securities, not managing companies, yet Sherborne desires an executive role in Nautilus. Sherborne's four nominees have no experience running a company in the fitness industry and limited retail experience. In addition, Sherborne's managing member and director nominee, Mr. Edward Bramson, was a director, chairman and CEO of Ampex Corporation, a publicly listed company based in California. During his tenure, Ampex experienced losses of millions of dollars of revenue, significant reductions in employees and was delisted by Nasdaq and received a notice of delisting from the American Stock Exchange. Your board is extremely troubled by Mr. Bramson's track record at Ampex, which we will describe further to you in future letters.Swift and Decisive Steps to Create Value for ALL ShareholdersBob Falcone, a former Chief Financial Officer of Nike, was recently named to lead our immediate turnaround and implement our strategic plan. Bob brings both financial discipline and experienced sports and fitness industry leadership to Nautilus. We are excited that Bob and the rest of our management team will be charged with growing Nautilus into a profitable, global leader in the fitness industry.Since taking over as our Chief Executive less than three months ago, Bob has worked together with your board of directors to make tough, but necessary, decisions to improve our financial condition and strengthen our operations after Nautilus experienced a third quarter loss, its first and only unprofitable quarter in Nautilus' history as a public company. These steps include:

Nautilus is Positioned to be a Highly Profitable, Global Fitness Industry LeaderNautilus owns five of the most recognized and respected brands in the fitness industry: Nautilus®, Bowflex®, Schwinn®Fitness, StairMaster® and Universal®. It is our expectation that these brands will enable Nautilus to become a highly profitable and global leader in the highly fragmented global fitness industry. We believe that we have a winning strategy and the necessary resources to deliver value to all shareholders by growing our global market share — and our bottom line.By developing innovative, high-quality fitness equipment, we believe that we will be a highly profitable, global leader in the fitness industry. To maximize our sales at attractive profit margins, we believe that our products should be sold in through a variety of distribution channels.Nautilus has industry-leading personnel to execute our strategy and deliver shareholder value; and we will continue to add expertise to help grow our company. For example, we recently made several other key hires — including naming Tim Joyce to the new position of Senior Vice President, Global Sales. Tim helped pioneer Nike's global expansion in the 1990s, and had significant leadership positions in the fitness industry.Our Strategic Plan is Well Underway and We Expect To See Results in 2008We believe that our strategic plan, along with the encouraging market dynamics for fitness-related products, will enable Nautilus to be a profitable, global leader in the fitness industry. To that end, we believe that improved financial results and a return to profitability are on the horizon in 2008.Sherborne has failed to articulate any constructive ideas or a specific economic plan to build value for all shareholders. If Sherborne's nominee's take control of your board, Sherborne has stated that it will reverse many of the positive steps that we have already undertaken in furtherance of Sherborne's proposed strategy. Sherborne has stated that since three members of your board will remain in place, there will be continuity of leadership. However, if Sherborne's nominees obtain control of the board, Sherborne's nominees could ultimately replace your remaining incumbent directors, just as Sherborne plans on replacing your new CEO.Protect your Investment — Vote the WHITE Proxy Card TODAYYour Board is committed to protecting and enhancing the value of your investment in Nautilus. We believe that our strategic plan will lead to creating value for all Nautilus shareholders.To prevent Sherborne's nominees from taking control of your company's board, please use the enclosed WHITE proxy card to vote AGAINST the removal of your directors TODAY — by telephone, by Internet, or by signing, dating and returning the WHITE proxy card. Thank you for your continued support, THE BOARD OF DIRECTORS 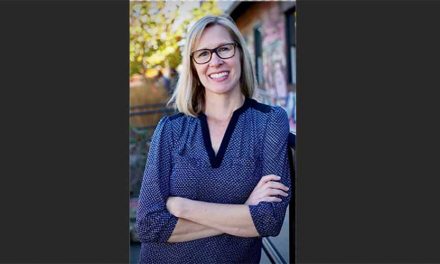