“Today is an exciting and historic day for our League as we expand to one of North America’s most innovative, beautiful and fastest-growing cities,” said NHL Commissioner Gary Bettman. “We are delighted to add David Bonderman, Tod Leiweke and the entire NHL Seattle group to the National Hockey League family. And we are thrilled that Seattle, a city with a proud hockey history that includes being the home for the first American team ever to win the Stanley Cup, is finally joining the NHL.”

“We are pleased the NHL’s board of governors unanimously approved Seattle’s application for a franchise,” said David Bonderman, NHL Seattle’s majority owner. “I want to thank Commissioner Bettman and the Board for their endorsement.”

Seattle’s bid to become the NHL’s 32nd franchise is fueled by a region’s fan base that met the NHL’s 10,000 season ticket deposit goal in just 12 minutes. The franchise currently has 32,000 depositors for season tickets.

NHL Seattle will begin its inaugural season in the fall of 2021 at the new Seattle Center Arena. Construction work on the arena project will begin immediately.

“Today is a historic moment in Seattle sports history,” said Tod Leiweke, CEO of NHL Seattle. “Our fans are at the core of this movement to bring an NHL team to Seattle and today we celebrate in honor of them.”

“We appreciate the City of Seattle’s ongoing leadership in helping us reach this milestone,” said Leiweke. “Mayor Durkan has been a champion in the campaign to bring the NHL to Seattle and leading the charge on the arena project. Seattle Center and city staff have been great partners in making this dream a reality.”

“This is an awesome day for Seattle and Seattle sports fans. We are all anxious for the NHL to arrive and for the return of professional hockey to Seattle. Seattle is one of North America’s great sports towns, and we’re about to become one of its great hockey towns. We are thrilled to be taking this huge step for professional sports in Seattle,” said Seattle Mayor Jenny A. Durkan. “I am grateful to Commissioner Bettman, the NHL Board of Governors, the team at NHL Seattle, and above all, the thousands of hockey fans across Seattle and the Puget Sound who made their voices heard. I hope the Canucks are ready for us.” 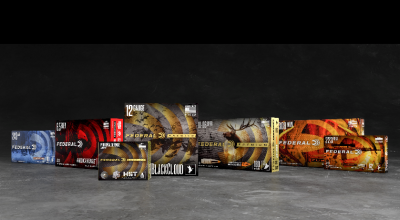 OR Attendees Lean Toward Keeping Show in Salt Lake