Withdrawing from the North American Free Trade Agreement would cost retailers and consumers up to $16 billion a year and lead to the loss of 128,000 retail-related jobs over the next three years, according to an AT Kearney study released that was prepared for the National Retail Federation, the Retail Industry Leaders Association and the Food Marketing Institute.

“There’s a lot at stake for American retailers, workers and consumers as the administration resumes NAFTA negotiations,” NRF President and CEO Matthew Shay said. “It’s clear NAFTA must be modernized, but we can’t lose sight of the fact that this agreement helps ensure that American families have access to products they need at prices they can afford. As this report shows, withdrawing from NAFTA would jeopardize countless U.S. jobs and force consumers to pay more everyday products like groceries and blue jeans.”

“This report confirms that leaving NAFTA puts American jobs, family budgets and the entire North American economy at risk,” RILA President Sandra Kennedy said. “We encourage the administration to modernize and preserve NAFTA to support the millions of American jobs along the supply chain that rely upon free and fair trade.”

“This report helps illustrate how – thanks in part to our expanded trade with Mexico and Canada – U.S. grocery shoppers can wander the produce section in January and take home groceries to allow them to eat like it’s a June day,” FMI President and CEO Leslie G. Sarasin said. “Customers are accustomed to this type of access to fresh products and increasingly demand it in their efforts to make healthy choices. The quality, consistency and affordability that stems from the interconnectedness of our three economies helps guarantee that Americans have the most abundant, safest, healthiest and most cost-effective food choices in the world.”

Retailers imported $128 billion worth of merchandise from Mexico last year and $54 billion from Canada in 2017, according to the study. NAFTA has made most of those goods tariff-free since it was signed into law in 1994.

The study finds that withdrawing from NAFTA would subject retail imports to $5.3 billion in annual tariffs that would that would most likely be passed along to consumers in the form of higher prices. Food and beverages sold at grocery stores would see the biggest hit at $2.7 billion, followed by apparel and footwear at $501 million, electronics and appliances at $390 million, household goods at $498 million and auto parts at $240 million. The remainder would come from the “flow-through” costs of tariffs imposed on other industries that would drive up retailers’ costs for services such as transportation.

Even with the tariffs passed on, retailers would see a $10.5 billion hit to their bottom lines, the report said. Retailers would likely leave 68,000 jobs unfilled over the next three years, and another 60,000 jobs supported by the retail industry would be lost. 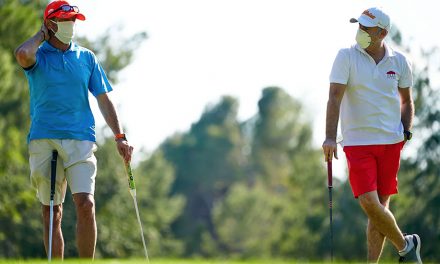