The growing number of lift-assisted skiers testing the sidecountry and backcountry continued to drive much of the excitement and innovation on display at the 2015 SIA Snow Show, which wrapped up Sunday at the Colorado Convention Center in Denver.

SIA data show that nearly two-thirds of the skiers and snowboarders accessing the backcountry in the 2012/13 season did so via a lift at a resort and brands continue to focus on equipping  and increasingly training – these skiers.

Apparel brands are clearly focusing on this growth market with an expanding line of light weight, breathable and waterproof apparel. Legacy alpine brand B. Obermeyer, for instance, introduced apparel for the “high-output” skier, while recent entrant Under Armour showed a new line of outerwear featuring high-end technical fabrics from W.L. Gore & Associates and Primaloft.

In backcountry hardgoods, the focus was on tech bindings, spilt boards and surf-inspired, wider decked powder boards. From helmets to boots – and especially skis – everything just keeps getting lighter. Giant powder boards popular a few years ago were nowhere to be seen, while under-100-mm-wide skis could be seen in several booths.

Touring skis continued to take up the most space, with pretty much every ski manufacturer from Surface to Atomic making a play for the backcountry. Many claimed to have the lightest ski on the market, even as they emphasized the importance of balancing weight and downhill performance.

One of the more intriguing innovations was how backcountry brands are incentivizing customers to take snow safety training. Sister brands Salomon and Atomic unveiled Mountain Academy, an online training tool with content from top avalanche centers, mountain guides and athletes. Curriculum is accessible via direct payment for less than the cost of a lift ticket, or through purchasing qualified products, such as Salomon’s new MTN line of helmet, poles, boots and skis for the sidecountry skier. Mammut offered beacon customers 30-percent off avalanche training.

Air bag brands continue to grow their lines and innovate. Several companies, including Mammut and Dakine are now offering women-specific air bag packs. The North Face debuted a bag that attaches to any existing pack in what was one of the real head-turners of the show.

Countering the shift toward back- and sidecountry, a handful of boutique brands, such as Icelantic, introduced less-fat skis with more camber and sidecut in an apparent bid to grow sales to the on-piste crowd. The strategy may reflect an acknowledgement that to survive, backcountry brands will need to cater to frontside ski consumers who are much more numerous and less tied to natural snowfall.

This year’s show featured 172 new exhibitors. A total of 554 exhibitors representing 1,069 brands leased 315,460 square feet of exhibit space. In addition, some brands leased space in nearby hotel suites to get a little more elbowroom; while others such as Dynafit opted to participate only in the on-snow demo days.

“The show is just a great place to gather a ton of people and see what’s happening in other shops and appreciate all the things that are going on around the country that we don’t get exposed to in Michigan,” said Eric Schmidt of Modern Skate & Surf, Royal Oak, MI.

Full-line supplier Marker-Volkl said the show remains a great venue for taking close out orders as well as developing new business, especially in apparel and helmets.

“As a New England sales rep, it’s great to be here and see all the love for the industry year after year and the continued enthusiasm by this community,” said Deno Dudanake, Northeastern Sales Rep for Rossignol. “What other venue presents this opportunity?”

While the exhibition portion of the SIA Snow Show wrapped up Sunday, many retailers were expected to spend Monday and Tuesday (Feb. 2-3) testing gear on the snow at Copper Mountain Resort, which is among the many Colorado resorts to be enjoying great snowfall this season. After a 2 inch snowfall Saturday, the resort was reporting 182 inches of snowfall for the season, it highest total since the epic 2010/11 season. 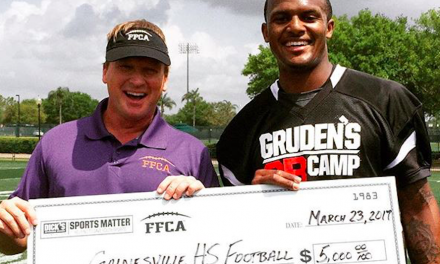