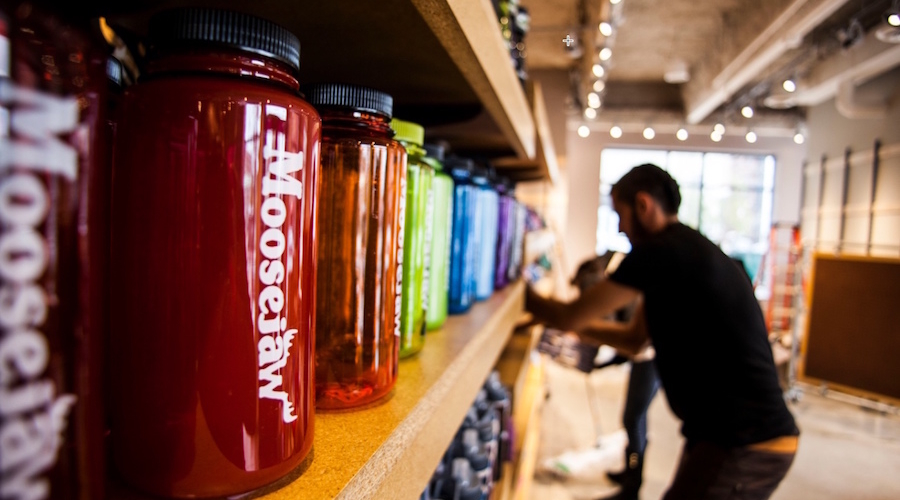 In an interview with SGB, Moosejaw CEO Eoin Comerford said its sale to Walmart will not only bring the infrastructure to help Moosejaw reach its next level of growth but also greatly expand the outdoor opportunity across Walmart’s platform.

Moosejaw will now oversee the outdoor category across all Walmart’s online properties – Walmart.com, ShoeBuy.com and Jet.com. Walmart acquired ShoeBuy last month for approximately $70 million to add to its online marketplace Jet.com, which it purchased last year for $3 billion in cash plus $300 million in stock.

“As an entity, if you include the whole category, that’s going to create a big presence,” Comerford said.

On Wednesday, Walmart announced it had acquired Moosejaw for approximately $51 million. Comerford and Moosejaw’s 350-plus employees will continue to be based in Madison Heights, MI.

Walmart has said Moosejaw will provide further access in apparel and accessories, the top selling category in digital commerce. In particular, the acquisition will open Walmart to relationships with top-notch suppliers that it has not done business with in the past. Moosejaw carries more than 400 brands, including Patagonia, The North Face, Marmot and Arc’teryx, and offers apparel and gear for climbing, hiking, camping, snow sports, yoga, swimming and biking. Establishing those relationships could open up opportunities to sell on Walmart’s other e-commerce sites.

Comerford also observed that the new structure creates an opportunity for the Moosejaw team to bring a fresh perspective to Walmart’s outdoor offerings. “We’re taking a focused approach to outdoor that’s based on our expertise,” he said.

At the same time, Walmart has said that it plans to continue allowing Moosejaw to operate independently and the outdoor online specialist should benefit greatly from Walmart’s online expertise.

Walmart’s online division is now being run by Marc Lore, the co-founder of Jet.com who has been reshuffling Walmart’s digital team. Also investing in about 15 start-ups over the last few years in addition to acquiring Jet.com, Walmart claims to have spent a total of $3.1 billion on e-commerce and digital projects in the four fiscal years to January 2017 in a bid to catch up to Amazon in the online space.

Comerford is confident that Moosejaw will retain its identity while utilizing Walmart’s resources to reach more consumers via new channels. “The only thing that’s changed is that we get to leverage the scale of Walmart – things like shipping rates and credit card fees – and use those savings to reinvest in the company and supercharge growth.”

Asked if Moosejaw had REI in its sights when it made the deal, Comerford said, “Certainly we’re looking to grow. And we think it’s a good thing for the outdoor industry to have balance instead of just one big name.”

But he also agreed that better competing against Amazon was a primary objective.

“According to one report, Amazon was responsible for 43 percent of e-commerce in 2016,” continued Comerford. “Walmart has committed to invest billions to increase its online presence, because that’s where the game is going to be played.”

As for the fate of Moosejaw’s 10 physical locations, they will remain in operation. The company recently invested in improvements, and Comerford isn’t ruling out future brick-and-mortar expansion.

“There’s actually been an ongoing process over the last few years to revamp our stores,” he said, “so there’s no real need to invest in improving the brick-and-mortar locations for now. While we’re focusing on growing the online side, that’s not to say we won’t pursue brick-and-mortar growth and pop-ups when the right opportunity arises.”

Comerford also commented on the status of Moosejaw’s warehouse operations and employees. “The only thing that might change is that we’re probably going to run out of space,” he observed. “But we’re committed to staying in southeast Michigan and keeping the jobs there.”

Finally, the company’s “Moosejaw Madness” marketing mantra won’t be tamed. “A key part of the acquisition process was to keep Moosejaw Moosejaw,” said Comerford. “The same wackiness, the same irreverence, that’s what makes it fun to be there, and that’s not going to change.”

Moosejaw echoed this in a Twitter post following news of the Walmart purchase that reads, “Don’t worry. The Moosejaw Madness – and most importantly – the folks that bring it are not going anywhere … Only now we have the resources to spread the Madness to a lot more people. And we all get blue vests with 40g of insulation.”

Founded in 1992 in Keego Harbor, MI, Moosejaw.com made its first appearance in 1995.