Moody’s Investors Service upgraded Caleres, Inc.’s Speculative Grade Liquidity rating to SGL-2 from SGL-3 due to the maturity extension of its asset based revolving credit facility.

The change in the Speculative Grade Liquidity Rating to SGL-2 from SGL-3 reflects the maturity extension of its asset based revolving credit facility (ABL) to January 2024 from December 2019, albeit with a smaller capacity of $500 million down from $600 million.

The affirmation of all other ratings with a stable outlook reflects Moody’s expectations that revolver repayment will drive an improvement in Caleres’ leverage and interest coverage over the next eighteen months to levels that are in line with the factors outlined for the Ba2 CFR. However, the increase in share repurchases and the corresponding slower than originally anticipated revolver repayment will modestly delay the pace of credit metric improvement.

Caleres’ Ba2 CFR reflects the company’s recognized brands, solid execution and geographic diversification. The rating is also supported by Caleres’ steady earnings performance over the past several years despite the challenging apparel and footwear industry conditions. Pro forma for the run rate impact of the Vionic acquisition, Moody’s estimates that debt/EBITDA was 3.7 times and EBITA/interest expense was at 2.9 times for the twelve months ended November 3, 2018. However, Moody’s expects that by calendar year-end 2020, debt/EBITDA will improve to 3.1 times and EBITA/interest expense will increase to 3.0 times as the company pays down its revolver borrowings. The rating is constrained by Caleres’ low margins relative to specialty retail peers, narrow product focus, and sensitivity to shifts in fashion and to the consumer discretionary spending characteristic of an apparel retailer.

The stable ratings outlook reflects Moody’s projections for deleveraging through revolver repayment and earnings growth over the next 12-18 months.

The ratings could be upgraded if the company continues steady revenue and earnings growth and meaningfully expands its EBITA margins. An upgrade would also require improved liquidity and a more conservative financial policy, including financing of any future acquisitions with long-term capital. Quantitatively, the ratings could be upgraded if Moody’s-adjusted debt/EBITDA is sustained at or below 2.5 times and EBITA/interest expense at or above 4.0 times.

The ratings could be downgraded if positive trends in revenues and EBITDA reverse, financial policy becomes more aggressive or liquidity deteriorates on a sustained basis. Quantitatively, the ratings could be lowered if debt/EBITDA is sustained above 3.25 times or EBITA/interest expense declines below 3.0 times. 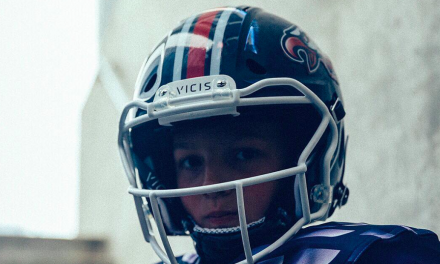 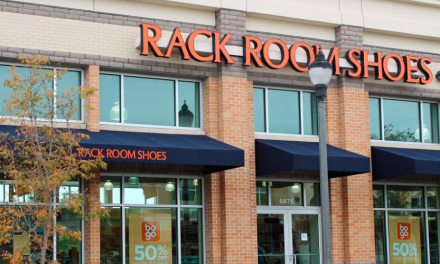