Mervyns LLC filed for Chapter 11 bankruptcy late Tuesday. The mid-tier department store chain said it plans to keep its 177 stores open while they restructure the retailer’s debt and “realign” business operations. The retailer said it has identified a limited number of “underperforming stores that will be closed. It will be seeking court approval of auction procedures for the selection of a liquidation firm to assist with store-closing sales. Exact store locations werent disclosed in court documents.

Mervyns said it received a commitment for $465 million in financing from a group of lenders led by Wachovia Capital Finance Corp. to fund operations while the company is in bankruptcy, subject to court approval. Mervyns said it owes $329.4 million under a pre-bankruptcy loan.

The company reported net sales of $2.5 billion and a net loss of about $64 million for the fiscal year ended in February.

Privately held Mervyns operates mainly in California, and has seen its sales drop further as the state is among the hardest hit by the real estate slump.

“Mervyns needs to reorganize its finances and operations due to the state of the economy and difficult operating environment for our industry,” John Goodman, CEO of Mervyns LLC, said in a statement. “After careful consideration of available alternatives, the company’s management board determined that a Chapter 11 filing was a necessary and prudent step that allows us to operate our business without interruption as we seek to restructure our debt and other obligations in a controlled, court-supervised environment. We are committed to serving our customers and maintaining regular operations as we undertake this reorganization.”

Goodman, who became CEO of Mervyns LLC in March, remained upbeat despite the bankruptcy filing.

“The decisive action we are taking provides the company with the most effective means to restructure our operations, strengthen our balance sheet and position Mervyns to compete more effectively,” he said. “I want to thank our customers and vendors for their continued support during this process… In addition, we are grateful to all of our associates for their hard work, loyalty and dedication. Our management team is committed to making this financial restructuring successful and leading Mervyns toward a bright future.”

Mervyns LLC was created in 2004 after the retailer was sold off by former parent Target Corp. to a group of investment firms, led by Sun Capital Partners Inc. of Boca Raton, Fla., and Cerberus Capital Management LP of New York. Even when still owned by Target, the retailer, founded 59 years ago in San Lorenzo, struggled with increasingly stiff competition from a variety of rivals, ranging from Wal-Mart on the discount end to such mid-range department store chains as Kohl’s and JCPenney.

The investment group has closed more than 70 Mervyns stores in the Midwest, South and Pacific Northwest during the past four years, but had also begun opening new locations in what was considered the retailer’s core markets – California and neighboring states throughout the Southwest.

The case is In re Mervyns Holdings LLC, 08-11586, U.S. Bankruptcy Court, District of Delaware (Wilmington).

Golf and Rugby May Make 2016 Olympics 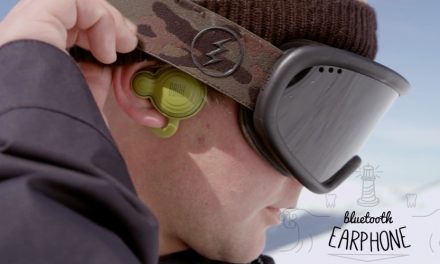 Stio To Open Location In Boulder