Mercury Marine, a subsidiary of Brunswick Corp., on Monday announced it has officially opened its 23,500-square-foot expansion to its diecasting facility. The $9 million investment provides needed space for capacity increases, allowing the company to make complex blocks, driveshafts, and gearcases for Mercury’s outboards.

The addition will be filled with large tonnage die casting equipment containing cutting edge technologies that will drive higher quality and better throughput to keep up with increased engine demand especially with the V8 and V6 product lines.

In addition, Mercury will add another 4,500-ton die-cast machine giving the company two of the largest of its kind in North America.

“Demand for both our V6 and V8 engines have been incredible and we have consistently said that we will increase our capacity to ensure we continue to meet and exceed the needs of our customers,” said John Buelow, Mercury Marine vice president of global operations. “This expansion will allow us to stay true to our promise of manufacturing the most reliable engines in the world.”

Each of the cells being installed will be fully automated with three or four robots in each die casting cell – robots will complete metal pouring, die lube spraying, liner insertion and part extraction. The cells will include automated sawing and part marking that will allow traceability throughout the supply chain.

“This expansion will provide the foundry much needed space to assemble and work on extremely large die casting tools,” said Buelow. “The V8 block tool weighs in excess of 100,000 pounds and is more than 16-feet across. Storage and pre-assembly of these massive tools is required for quick change-over in the die casting machines.”

Mercury has now exceeded $1.14 billion in investment for expansion and R&D since 2008.

The Contender: Everlast president Adam Geisler is ready to go the distance by diversifying the company’s business. 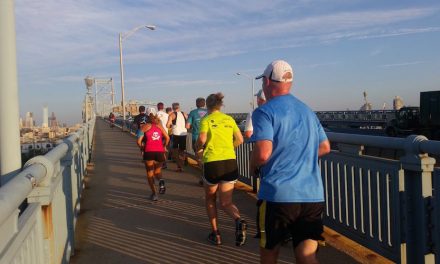