Merchants: The Checks Are in the Mail

Merchants across the nation will receive checks this week for approximately $1.1 billion as part of a landmark antitrust settlement over Visa and MasterCard-branded signature debit cards, according to the law firm Constantine Cannon LLP.

The payments, which will be mailed to approximately 634,000 merchants in cities across the United States, will provide a unique boost to profits in the midst of an especially difficult holiday retail season. With retail operating margins for most retailers averaging less than 5 percent, the $1.1 billion payment is the equivalent to a $22 billion increase in merchants' overall holiday revenue.

Jeffrey I. Shinder, Managing Partner of the New York office of Constantine Cannon, said: “This is likely the largest single payment to businesses in a class action in history, and it comes at a time when banks have all but stopped lending to the smaller retailers that make up the backbone of the class.”

Sandy Kennedy, President of the Retail Industry Leaders Association (RILA), said: “This is a welcome holiday bonus to retailers nationwide. Retail sales are just beginning to stabilize, and with the holiday season in full swing, this remarkable payment should help retailers continue to hire and retain workers as we head into the New Year.”

Tracy Mullin, President and CEO of the National Retail Federation (NRF), said: “The timing of these checks couldn't be better. They come during a difficult holiday season and will help retailers position themselves to participate in the economic recovery that lies ahead.”

NRF and RILA were class representatives in the lawsuit.

The payment represents the final large-scale disbursement of the $3.4 billion settlement in In re Visa Check/MasterMoney Antitrust Litigation. The settlement with Visa and MasterCard was negotiated in 2003 by Constantine Cannon (formerly Constantine & Partners) after seven years of hard-fought litigation. This week's payments accelerate a payment schedule that was not set to end until 2012.

More than 90 percent of the merchants receiving checks are retailers. Other members of the class include cash-strapped educational institutions, charitable organizations and state government entities.

Constantine Cannon partner Robert L. Begleiter said: “This is a gratifying conclusion to many years of intense effort. We were expecially pleased with the strong support we received from the merchant community as we brought the payment process to resolution. This is a loud and clear signal of how welcome this distribution is.”

Court decisions in the case estimated that the total value of the injunctive relief ranged from $25 to $87 billion.

In re Visa Check/MasterMoney Antitrust Litigation has been in the news recently thanks to the October 2009 publication of Priceless: The Case That Brought Down The Visa/MasterCard Cartel, by Lloyd Constantine, founder of, and Of Counsel to, Constantine Cannon and the lead attorney and driving force behind the Visa/MasterCard litigation. Priceless offers an inside look at the high-stakes litigation that led to a dramatic settlement on the eve of trial. 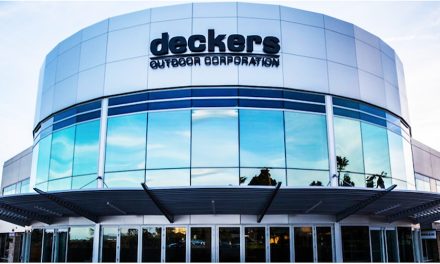