After an exhaustive nine day search on Mt. Foraker, Alaska of the Infinite Spur Route and surrounding area, there is still no sign of Sue Nott and Karen McNeill. The families and many friends of the two respected mountaineers are organizing memorial services to remember and honor the women. A Celebration of Life for Sue Nott will be held at the Ford Amphitheater in Vail, Colorado on Sunday, June 18, at 1:00 PM. A service for Karen McNeill is being planned for next week in Canmore, Alberta.

The two women, who were both sponsored athletes of Mountain Hardwear, began their ascent of the steep route up the 17,400 foot mountain located about 12 miles SW of Denali on May 14 after departing from Basecamp on May 12. Fellow climbers at Basecamp and Denali National Park Rangers became concerned on May 29 when the women had not returned and were not sighted on routine fly by checks of the mountain. On June 1, an air search was officially. Rescue efforts ended on June 11.

Sue Nott, 36, of Vail, Colorado, had been sponsored by Mountain Hardwear since 1998. Since that time she became the first woman to make a successful winter ascent of the Eiger in 2003. The same year, with partner John Varco, she established a new route on the north buttress of Mount Kalanka, in the Indian Garwhal. In 2004, with partner Karen McNeill, the two became the first women to summit the Cassin Ridge route on Denali.

A native of New Zealand, Karen McNeill, 37, of Canmore, Alberta, Canada, made her living as a school teacher at a local Reservation. She had been sponsored by Mountain Hardwear since 1999. In addition to her summit of Cassin Ridge with Sue, her career highlights include establishing new routes on Trillingerne and in the Fox Jaw Cirque, Greenland in 2001 and the first ascent of Dos Cuernos in Patagonia in 2004.

Both Sue and Karen have been integral members of the Mountain Hardwear family regularly attending product input meetings, industry trade shows, retailer events, and presenting slide show lecture tours. “Our retailers and customers know Sue and Karen as the female faces of Mountain Hardwear from their numerous appearances in our catalog and on our website. They will be greatly missed by all of us,” said Chris Strasser, Promotions Manager at Mountain Hardwear.

Mountain Hardwear is currently working to create a tribute to Sue and Karen that will reflect the passion and impact they had on the sport and the company. 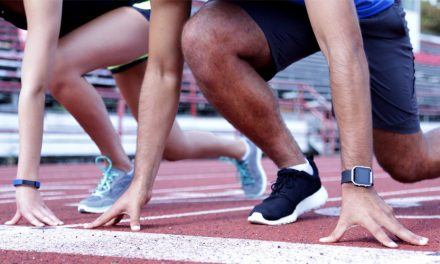