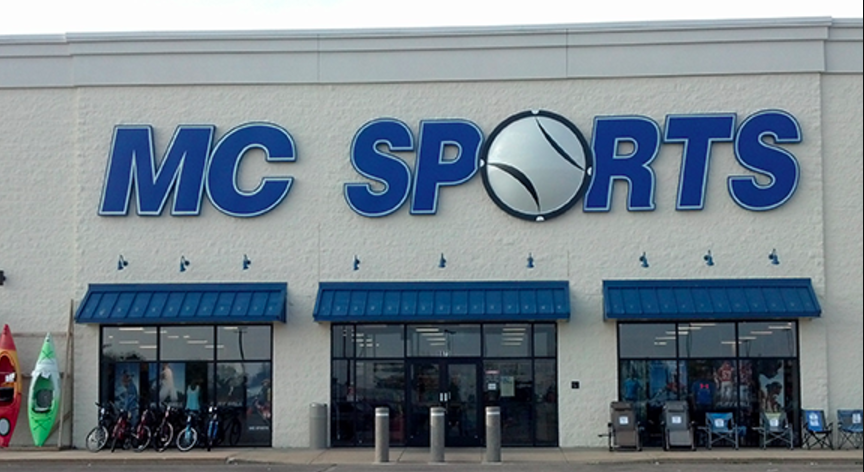 In two diametrically opposed maneuvers, MC Sports is planning to quickly hold going-out-of-business sales at all its locations while also feverishly seeking a buyer or investor to avoid an all-out liquidation.

In a statement, Bruce Ullery, MC Sports president and CEO, said the company’s bankruptcy filing only came after “a valiant and concerted effort” by its associates, vendors, landlords and outside professionals to restructure its balance sheet out of court proceedings.

“The only alternative to address our immediate liquidity issues is to commence liquidation sales at all stores, while concurrently expediting our pursuit of alternative financing and going-concern sale options under the protections of Chapter 11,” stated Ullery.

In its first-day motions, MC Sports urged the court to expedite the authorization to hire Tiger Capital Group and Great American Group to conduct going-out-of-business sales at all 68 of its locations to maximize the recovery of the retailer’s inventory and store assets.

In an affidavit, Stephen Coulombe, managing director at Berkely Research Group (BRG), which has been advising MC Sports since last fall, said, “Debtor is in a difficult financial situation and must maximize sources of liquidity and minimize expenses as much as possible and as quickly as possible.”

At the same time, Stout Risius Ross Advisors (SRRA) has been retained to explore the potential sale of all or a portion of MC Sports business as a “going concern,” including pursuing potential investors or acquirers.

“The debtor believes the employment of SRRA is necessary and critical to its efforts as debtor in possession under Chapter 11 of the bankruptcy code, and in particular, its effort to find a going-concern buyer and avoid liquidation of all its stores,” Ullery wrote in court filings.

SRRA has so far received a non-refundable $75,000 fee for its services but is being incentivized to complete a sale. If a going-concern sale nets at least $57.75 million, SRRA will be paid $250,000 plus 5 percent of any amount over that level.

In detailing the drivers of the bankruptcy in an affidavit, Ullery indicated that MC Sports has been challenged by many of the same issues that have led to several other retailers in the sports and outdoor space to seek Chapter 11 protection over the last year. He cited “the rapid migration of sales from traditional brick and mortar retailer to online retailers, the expansion of competing distribution channels and specialty retailers, and changing consumer preferences.”

In response to market pressures, MC Sports over the past four years has made “substantial investments” in its store portfolio, including opening new stores and remodeling, expanding or relocating existing stores, and evolving, in many cases, from smaller athletic stores to larger full-line stores the offer a full range of sports and outdoor products, said Ullery.

However, those efforts didn’t fully pay off. In the fall of 2016, in a continuing effort to improve its financial performance, BRG was retained to evaluate MC Sports’ inventory management processes and develop strategies to improve and optimize inventory turns and margins. BRG’s advice was also sought in rationalizing its store base, and exploring additional cost savings initiatives and efficiencies.

“Weak Black Friday and holiday sales, however, resulted in further impairment of debtor’s liquidity,” said Ullery. “As a result, the debtor and its professionals entered into negotiations with an ad hoc committee of trade vendors and other key creditor constituencies, including its landlords for financial concessions, all with a view of addressing debtor’s liquidity restraints and reaching a consensual and out-of-court financial restructuring.”

“Notwithstanding the good faith attempt of the ad hoc committee and other credit stakeholders, however, the debtor was ultimately unable to finalize a comprehensive and workable restructuring plan, leading to the filing of this bankruptcy case,” stated Ullery.

Ullery added, “In consultation with BRG and its carefully considered business judgement, the debtor determined that it was in its best interest, as well as its creditors, to commence with an immediate liquidation of debtor’s business.”

In urging the court to expedite the hiring of Tiger Capital and Great American Group to conduct going-out-of-business sales, Coulombe noted that an unsolicited joint proposal from two other national liquidators was explored. But MC Sports decided to retain Tiger Capital and Great American Group in part because their contract established a “floor” for recovery that would have be met before the group received any fee for their services.

Coulombe said opening up bidding for another liquidation would ultimately “diminish recoveries.” He pointed out that some of MC Sports’ stores fail to generate positive cash flow and are a “significant drain on the debtor’s liquidity.” Quickly closing such stores through a liquidation would provide an “immediate benefit in terms of its liquidity.” The full-scale liquidation would also enable MC Sports “to vacate the stores on a rolling basis, reject the applicable leases as the stores become vacant, and avoid the accrual of unnecessary administration expenses.”

According to court papers, the company owed $27.6 million in trade and other unsecured obligation to vendors, suppliers and other partners as of the petition date of February 14. Ullery noted in court papers that the company “has been on credit hold with many vendors.”

Under its $75 million asset-based loan with Wells Fargo, it had drawn down $49.4 million. The Wells Fargo facility carries a first-lien on MC Sports assets. At the petition date, assets were $78 million, including inventory valued at $62 million

Ullery, who has been CEO since 1998, owns 86 percent of the equity of the company. The balance is held by MC Sports’ executive management team, including district managers and corporate managers. In 2016, MC Sports lost $5.4 million before taxes on sales of $174.6 million. It has 1,300 full and part-time employees and operates locations in Illinois, Indiana, Iowa, Michigan, Missouri, Ohio and Wisconsin.

When Ullery first joined MC Sports as its controller in 1989, it was still being run by the Finklestein family, who founded the company in 1946 under the name Michigan Clothiers — the “MC” in MC Sports — with a single store in Grand Rapids that offered everything from men’s clothing to military surplus. In 1962, the company began to solidify its reputation as a specialty retailer by focusing entirely on sports equipment, footwear and apparel. It moved into neighboring states after acquiring two Midwest sporting goods chains: Morrie Mages’ Sports, a three-store chain located in the Chicago area; and the Illinois-based chain Browns Sporting Goods.

After the Finklestein family had grown the company to 21 stores, it became a subsidiary of Pacific Enterprises, a holding company that during the early nineties also held interests in Big 5 and Gart Bros. In 1996, former CEO Jim Minton led a young management team in a leveraged buyout, returning ownership to local management and a few investors.

MC Sports is also known for its commitment to communities through team sponsorships, fundraising programs and team and group discounts. The retailer has long supported the Children’s Miracle Network (CMN). Through a program called Miracle May, and with the help of its vendor community and customers, MC Sports has raised over $1.9 million in support of 23 local CMN affiliated hospitals. 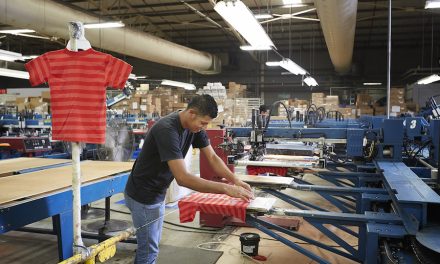