May Be Time to Think Globally and Act Locally…

It was a tale of two divergent business segments for many retailers in the five-week retail fiscal month September as Sport Footwear picked up business left over from a weak early back-to-school season that rolled over from August, while Sport  Apparel sales took a hit from unseasonably warm temperatures across much of the country.

As Sports Executive Weekly reported last week, the month of September was one of the hottest on record, but it is the comparisons against last year that have affected the apparel so much.  As reported last week, Weather Trends International designated the month as the 8th warmest and 21st driest September in 113 years.   The comparisons are further highlighted in an analysis done by The Weather 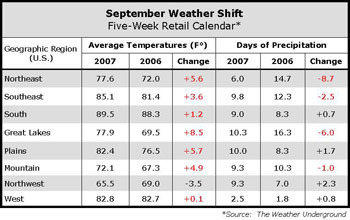 The warm, dry weather played havoc with a number of categories last month, possibly one reason a number of Wall Street analysts started to push the panic button in their assessment of key brands and retailers.  The problem many will find is looking at the problem from 30,000 feet instead of in the trenches where the game will be won or lost for many this year.

The first mistake may be the propensity to look at performance in terms of brand instead of category.  It can certainly be argued that a brand or retailer that is entirely tied to a particular category or business will feel the pinch the most when macro influences impact the market, but it is also dangerous to ignore the other elements that drive the business.  One clear lesson that will be learned this year is the importance of diversification for a brand and the ability to react for retailers.

According to retail point-of-sale data compiled by SportScanINFO, Sport Apparel sales for the five-week month of September were down in the mid- to high-single digits across the market.  The Compression Apparel and Outerwear categories were the hardest hit, accounting for two to three points of the decline at retail last month.  Overall Compression Apparel sales were down in the mid-teens for the month and Outdoor Outerwear was down more than a third versus the same period last year; not surprising when average temps were down nearly 9 degrees Fahrenheit in the Upper Midwest and up nearly 6 degrees in the Northeast.

The only region that saw a dip in the mercury in September was the Northwest.   Add to those figures the fact that the Upper Midwest only had ten days of precipitation over the five weeks of September, versus over 16 days last year, and days with precipitation in the Northeast fell to 6 days this year from almost 15 days last year, its no surprise that the need now  buy now  wear now consumer of today found little reason to go out and buy cool weather product this year.  Sales of Rain Gear were down by half for the month.

In Outerwear, the outdoor business took the brunt of the pain along with the raingear category.  But it wasnt all weather either as the track jacket fashion trend from last year also disappeared, causing that category to post a high-double-digit decrease in business for the month.  On a high note, sweaters were up more than a third for the month as consumers opted for the category instead of jackets or performance fleece.

It will be interesting to see how each vendor in these categories and the retailers that sell them react to the weather impact.  Vendors undoubtedly shipped most of their third quarter shipments before the impact of the weather was fully realized, but at least one retailer (Dicks SG) had already warned analysts as early as their second quarter report that it would be very difficult to anniversary the cold weather from last year.  The business may be planned down for a few retailers, but fourth quarter product flow into retail could certainly be interrupted if the weather doesnt turn soon.

What will be interesting to see is the impact that private label will have on the retailers that jumped into cold weather gear and/or outerwear with their own (or licensed) brands.  Unlike the retailer/vendor relationship, there may not be anyone at the end of the line to stop a delivery or provide markdown money. 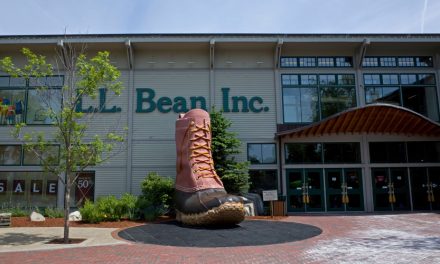