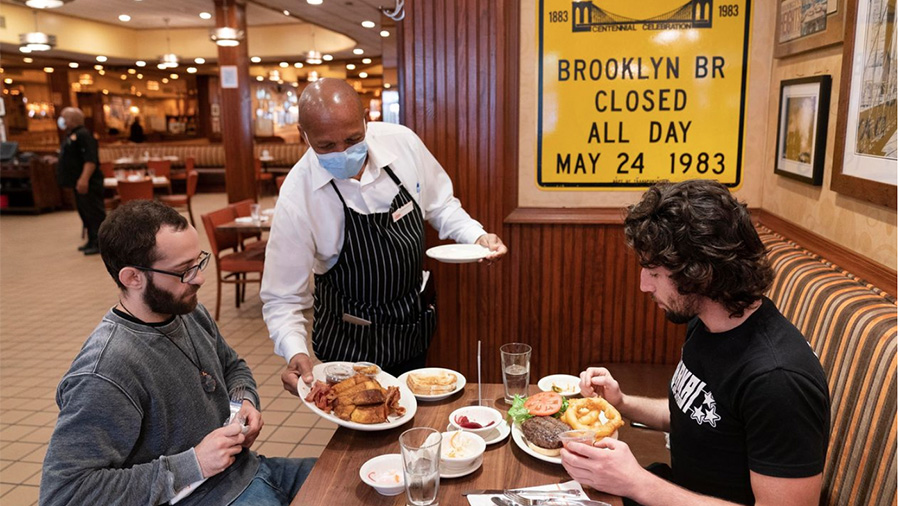 U.S. retail sales, excluding automotive and gasoline, increased 23.3 percent year-over-year in April and 10.8 percent compared to April 2019 according to Mastercard SpendingPulse, which measures in-store and online retail sales across all forms of payment.  Online sales in April grew 19.9 percent and 95.6 percent, respectively, compared to the same periods.

Retail sales continue to benefit from stimulus payments, coupled with warmer weather and broader reopening across the country. While the recovery has not been universal or consistent, due to geographical, economic, and household differences, there are a number of key overarching trends.

Restaurant Resurgence
April marks the second consecutive month of positive growth for the Restaurant category, underscoring that consumers have an appetite to eat out again. Spending at restaurants grew 118.8 percent versus 2020 when widespread shut-downs crippled the industry and were up 5.7 percent compared to 2019.

Limited-service restaurants, such as fast-food, were up 21.7 percent compared to 2019, outpacing their full-service counterparts (-13.5 percent YO2Y).

Online Convenience
Despite the record-breaking e-commerce growth in April 2020, online sales remained up year-over-year. E-commerce shares continued to make up a bigger portion of total retail spend overall (21.6 percent), and in categories such as Apparel (61.7 percent), Department Stores (21.0 percent) and Jewelry (15.7 percent).

“April’s retail sales growth reinforces that the American consumer is healthy and eager to spend, especially on categories such as restaurants, which have faced restrictions over the past year,” said Steve Sadove, Mastercard senior advisor and former CEO of Saks, Inc. “There are a lot of factors at play including stimulus funds, pent-up demand, and the desire to reconnect with friends and family. The fact is that people are excited to gather again and they’re refreshing their look for the occasion.”