Citing more than 20 years of inaction and the Supreme Court's recent decision affirming that this is a matter for Congress to address, the letter urges Congress “to make the 2013 holiday shopping season the last where Main Street businesses must compete at a government-created price disadvantage.”

The U.S. Senate overwhelmingly passed the Marketplace Fairness Act last May in a broad, bipartisan vote.   Going back to 1994, the issue of marketplace fairness has had more than 30 hearings in both the House and Senate, including hearings before the House Judiciary Committee in both 2011 and 2012.

The full text of the letter, which was also signed by the National Sporting Goods Association, Outdoor Industry Association (OIA) and American Apparel and Footwear Association, is below:

On behalf of the undersigned businesses and organizations, we are writing to start off the new year to urge immediate action on legislation to create marketplace fairness and make the 2013 holiday shopping season the last where Main Street businesses must compete at a government-created price disadvantage. The recent decision by the United States Supreme Court to decline granting certiorari for two cases that challenged a New York State statute only highlights the need for Congressional action. We applaud your “Basic Principles on Remote Sales Tax” principles released on September 18 and now urge you to turn these principles into legislative language and make this issue a top priority for the Judiciary Committee in 2014.

In the 1992 Quill Corp. v. North Dakota case, Justice John Paul Stevens wrote that “the underlying issue [of whether remote sellers should be required to collect sales taxes] is not only one that Congress may be better qualified to resolve, but also one that Congress has the ultimate power to resolve.” More than twenty years later, the Court's recent refusal to revisit the legal question, ironically announced on Cyber Monday, reaffirms their 1992 direction that this is an issue that Congress must address.

Online shopping is popular with consumers and sellers alike. The rapid growth of e-commerce should benefit online sellers as well as Main Street businesses that also sell online. However, the special treatment of remote sellers distorts this market and puts many local brick-and-mortar businesses at a competitive disadvantage. IBM Digital Analytics Benchmark reports that online shopping this Cyber Monday leapt by 20.6 percent over last year. This incredible growth underscores the importance of Congressional action to ensure government tax policy does not disrupt basic free market competition.

Legislation that levels the playing field while establishing important protections for businesses and consumers will ensure a healthy and competitive marketplace for decades to come.  We believe it is crucial for Congress to address this problem this year to protect millions of jobs.  And, as Dr. Art Laffer's recent study found, when Congress fixes this problem it could help create 1.5 million new jobs and generate $563 billion in GDP growth in the next decade.

In closing, we appreciate the deliberative manner in which you have addressed the issue of how to modernize our sales tax collection system for the digital economy, and we urge you to make legislating on this issue a top priority for your Committee by moving a bill in early 2014.  We stand ready to work with you and your staff to help translate your seven guiding principles into legislation that will provide meaningful simplifications for remote sellers and create a level playing field for all retailers. Thank you for your leadership on this and many important issues to our economy and country. 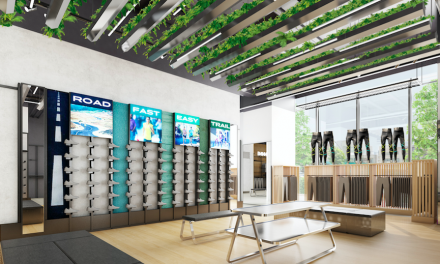