Same-store sales declined approximately 5% compared with a 41% decline in the comparable quarter last year. Revenue from stores recently closed that were not eligible for inclusion in the same-store sales base was $13.4 million. The net loss for the second quarter of fiscal 2010 was $6.3 million, or 29 cents per share, compared with a net loss of $20.3 million, or $1.09 per share, for the comparable quarter last year.

Included in the second quarter fiscal 2009 net loss was approximately $900,000, or 5 cents per share, associated with store closing costs. Additionally, during the same quarter, the company incurred losses and increased its inventory reserves for expected losses associated with brands that it no longer represents, which reduced gross profit by $4.1 million, or 22 cents per share.

Net income for the six-months ended March 31, 2010 was $3.8 million, or 17 cents per diluted share, compared with a net loss of $34.6 million, or $1.87 per share, for the comparable period last year. The companys results for the six-month period ended March 31, 2010 included a tax benefit of approximately $19.3 million, or 86 cents per diluted share, primarily related to the recognition of fiscal 2009 tax net operating loss carry-backs realized through the recent change in tax laws which increased the number of historical years that companies can carry back losses.

During the quarter, the company operated with 56 stores, which is 18 fewer stores than in the prior year. MarineMax closed 26 stores in fiscal 2009 as a key component of its efforts to better match its fixed costs with the decline in business it has experienced because of the weak economic conditions.

William H. McGill, Jr., Chairman, President, and Chief Executive Officer, stated, With our successful efforts to substantially reduce our inventory levels behind us, gross margins returned to more typical levels. The margin expansion, combined with the initiatives we implemented to streamline our store base and to significantly lower our overall cost structure resulted in a greatly reduced quarterly loss when compared with the comparable quarter last year. However, our same-store sales decline is indicative of the challenging industry and economic conditions that we continue to face, reminding us that the industry recovery may likely be gradual. Poor weather also adversely affected our business during the quarter in key markets.

Mr. McGill continued, We are optimistic about the future. The steps we have taken to reduce inventory and its related financing as well as our improved working capital position have resulted in a balance sheet with very strong ratios and increased flexibility. This financial position and the failure of other boat retailers provides us with a competitive advantage and should allow us to capitalize on opportunities as they arise. There are signs the economy is generally improving. In addition, retail sales in many industries appear to be increasing, although the improvement has yet to be felt in the high-end, big ticket segment. We remain convinced that, as industry conditions rebound, we will start to see the pent up demand from those customers who have delayed their first or next boat purchase. Boaters remain passionate about the benefits of the boating lifestyle, and MarineMax is well positioned to serve their needs. 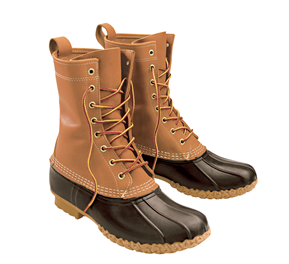