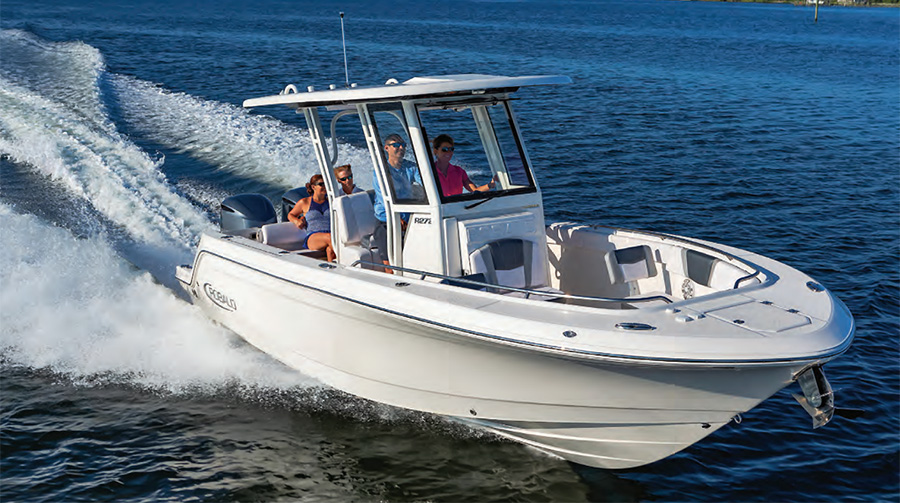 Marine Products Corporation announced the passing of R. Randall Rollins, the company’s chairman of the board, who died following a short illness on August 17. Rollins was 88 years old.

Long-standing Board Member Henry B. Tippie, who serves as lead director, and Richard A. Hubbell, chief executive officer and board member, will continue in their respective leadership roles until succession plans are announced.

“The Board of Directors, management and employees of Marine Products Corporation are saddened by Randall’s loss,” stated Hubbell. “Randall’s relentless focus on quality, innovation and long-term success guided us over many years as we became one of the largest and most successful pleasure boat manufacturers in the United States.”

At the time of his death, Rollins served as chairman, a position he had held since 2001 when Marine Products Corporation was formed, and its Chaparral Boats subsidiary was spun off into Marine Products from RPC, Inc.

Randall had served as a member of the Boards for Emory University, SunTrust Banks, Inc., Berry College, Gold Kist, and The Lovett School. In addition to his responsibilities with Marine Products Corporation, at the time of his death, he was Chairman of the Board of Rollins, Inc. and RPC, Inc. He was also a member of the Boards of Dover Motorsports, Inc. and the Robert W. Woodruff Health Sciences Center Fund, Inc.

Marine Products is a manufacturer of fiberglass boats under three brand names: Chaparral, Robalo and Vortex.