A leading marine biologist said a recently released report on the devastating impact that the textile industry is having on China’s waterways shows the fashion and sporting goods industry urgently need to find less polluting technologies for dyeing cotton apparel.

The cotton dyeing industry consumes large quantities of water and toxic chemicals that are often returned to rivers in such a highly polluted state that they make waterways unsafe, said Dr. Stephen M. Coan, president and CEO of Sea Research Foundation. The Mystic, CT-based 501(c)3 nonprofit organization operates Mystic Aquarium, Institute for Exploration, Immersion Learning and, in partnership with National Geographic Society, The JASON Project. The foundation conducts pioneering research that expands the knowledge base of aquarists and marine biologists, advances important deep-sea discoveries, and inspires new generations to care for the environment and pursue careers in science.
The world produces 30 million tons of cotton fiber annually, and the amount of water needed to dye each year’s supply is the equivalent of the drinking water for every person on the planet for 141 days.
Coan based his remarks on the findings in “Cleaning Up the Fashion Industry,” a study of the Chinese textile industry released in April by five environmental groups. Among other things, the study found that the textile industry in China discharged 2.5 million metric tons of sewage in 2010, making it the nation’s third largest water polluter. The study goes on to single out scores of internationally known brand names in the fashion and sporting goods world — mostly multinational apparel retailers — that now purchase textile products from Chinese waterway polluters.

That’s bad news in a country where two-thirds of its cities lack an adequate water supply and 300 million rural residents have no access to safe drinking water. China is hardly alone in suffering such damage, Coan said. In India, three years ago a high court shut down the textile industry in Tirupur, the city known as the nation’s Knitwear Capital, because dyes and other chemical discharges had virtually destroyed the local water supply. Some 100,000 people were put out of work.

“The textile industry urgently needs to introduce different methods for dyeing cotton,” Coan said. “That’s a serious challenge, in large part because the damage that the dyeing process inflicts on the environment is not widely known. But the ultimate issue here is protecting the world’s waterways and oceans as well as making a life-or-death difference for hundreds of millions of people.” 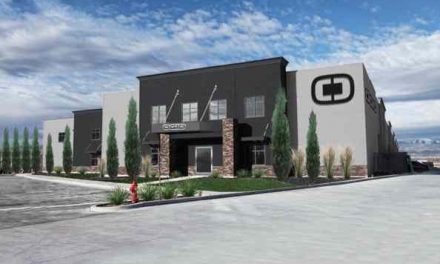