Macy’s Returns to Profitability in Q1

“The momentum from our fourth quarter of 2009 accelerated in the first quarter of 2010. Our first quarter earnings were well ahead of what we originally expected,” said Terry J. Lundgren, Macy's, Inc. chairman, president and chief executive officer. “We continue to see very positive results from strategic actions taken over the past two years. Today, we are much better able to anticipate and react to customer needs in each location through My Macy's localization. We are very pleased with the collaborative relationships we have created with our vendors through our unified national organization and we are much more focused on serving our customers holistically in stores and online through multichannel integration and targeted marketing.

“Macy's and Bloomingdale's both had an excellent quarter and outperformed most of their key competitors. While the direction of the overall economy remains unclear, we believe we are well-positioned to continue to gain market share,” Lundgren said. “With major changes now behind us, the Macy's organization has settled in and is hitting its stride in capitalizing on the advantages of My Macy's. Our team is fully focused on driving sales by taking well-planned actions in each of our four strategic priorities — Assortment, Value, Shopping Environment and Marketing. Our entire organization, including the central offices and in the field, is energized and working in close collaboration.

“We are undertaking initiatives to expand both the Macy's and Bloomingdale's brands. This includes investments in multichannel integration strategies involving macys.com and bloomingdales.com. In addition, Bloomingdale's is planning to open a new smaller-format Bloomingdale's store this fall in Santa Monica, CA, and to launch a Bloomingdale's Outlet concept with four stores opening in the coming fall season. These new stores follow Bloomingdale's first international location, which opened in February in Dubai,” he added.

Earnings were 5 cents per diluted share for the 13-week first quarter of 2010, ended May 1. This exceeded the company's expectations. As previously announced, first quarter results include $27 million in premium and fees related to debt repurchase activity and booked to interest expense.

First quarter sales reflect a previously announced accounting change under which sales of private brand goods directly to third-party retailers and sales of excess inventory to third parties at the end of a season now are reported in total sales. The accounting change does not affect same-store sales.

In the first quarter, Bloomingdale's opened in Dubai under a license agreement with Al Tayer Insignia, a company of Al Tayer Group LLC. A Macy's store in Warwick, RI, was closed due to flood damage and is expected to re-open when repairs are complete.

Based on strong sales trends, Macy's, Inc. increased its full-year 2010 guidance on April 27. The company said it expects same-store sales to grow in the range of 3 percent to 3.5 percent (compared to previous guidance of 1 percent to 2 percent), and earnings per diluted share to be in the range of $1.75 to $1.80 (compared to previous guidance of $1.55 to $1.60 per diluted share). The company believes it is premature to raise annual guidance further at this time given the macro-economic uncertainty. 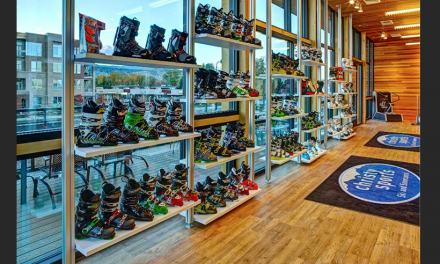