Many elements brought about this result: the Italian markets recovery, the progressive implementation of the internationalisation process, and product assortment and efforts in the area of communication.

After a prolonged period of stability, the market in Italy recorded a growth rate of +5% and represents 28% of the total sales.
The performance was influenced by positive results both in Europe, which increased +14% as a whole, and in Asia and the American continent, which grew +18% altogether.

A particular boost was received from Mediterranean countries – the Italian companys core business, with growth in France (+6%) and Spain (+10%); following important investments made, excellent results were also obtained from some Northern European markets such as Germany (+27%), Holland (+93%) and Austria (+64%).

Strengthening of the distribution network brought about growth both in Eastern Europe, led by Romania (+48%) and Serbia (+224%), and in Africa-Middle East with Algeria (+129%) and Saudi Arabia (+25%).

In terms of product assortment, apparel takes 56% of sales, shoes 40%, and the remaining percentage of 4% goes to accessories. The greatest growth was recorded in apparel (+14%) thanks to an expansion in the leisure sector in a significant number of markets.

Among the companys core business, football was its most successful sector (+20%) in particular the World Cup project and Zhero Gravity, the first laceless football boot in the world. Five-a-side football and tennis remained constant and, together with football, generated 45% of Lotto sales.
The running sector is on the rise (+24%), and the entire leisure time sector is also up (+7%), which represents almost half the sales.

This data is the basis for a 2006 that shows high promise for Lotto Sport Italia: “Closing estimates indicate world sales around 270 million”- affirms Andrea Tomat, President and CEO  “with an expected growth of 5%. Intense marketing activities this year, divided between sports sponsorships and advertising campaigns, featuring World Cup champion Luca Toni, was rewarded by the market. The visibility of the brand and its products reinforced Lottos role as a top brand not only for activewear but also for leisurewear.”

Within the process of strong internationalisation, the license agreement signed with Pro Italy Mark for the Mexican market is particularly significant. The licensee is part of the prestigious Martì group -by far the most important chain of sports article stores in the country. The expansion plan envisages an increase in Lotto brand sales from the current $10 million to a turnover of $20 million in three years. A very aggressive marketing plan consisting of the sponsorship of two new first division teams that will join the ranks of the prestigious Pumas de la UNAM is currently in the agenda.

“The first signs of sales for 2007 are encouraging”  continues Andrea Tomat  “with orders in process for the summer season increased by 20%. We expect the companys performance will improve further in the coming years”. 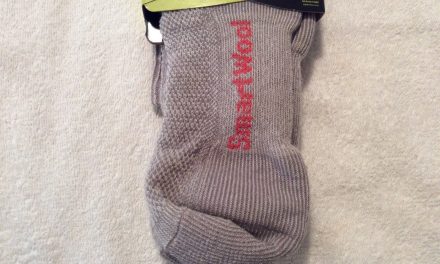