Lole has opened its first store St. Denis St. in Montreal and plans a second in Zurich in October. Speaking to the Montreal Gazette, CEO Bernard Mariette said the Canadian women's activewear firm plans to open 30 to 40 stores across North America and around the world over the next five years. Lole is also launching an online shopping site.

“The Atelier is intended primarily to serve as a source of inspiration, as well as a showcase for our new products and concepts, and also as a place where women who share our values can connect with one another,” said Bernard Mariette, president and CEO of LolÃ«.

“Our brand is already well positioned in the feminine and technical clothing market, due to its many points of sale. The aim of our first Atelier LolÃ« is therefore to complement our distributors' efforts and further support the kind of lifestyle we're promoting,” adds Mariette, who formerly was president of Quiksilver.

The concept behind the Atelier was developed with Groupe Cossette's Identica in collaboration with the architectural firm of Aedifica. A key feature of the Atelier is a “green” wall evoking a city park. The Atelier will also feature various technological functionalities, including a new application, developed in partnership with the Montreal firm Whereclouds, that will launch a kind of living Facebook. Fifteen iPads have been integrated into the Atelier's design to help promote this innovation.

“The application we've developed will enable us to establish a dynamic link with the community of active women in Montreal, as well as with LolÃ« devotees all around the world,” said Nathalie Binda, vice-president marketing at LolÃ«. By downloading the LolÃ« application, users can “flip” photos directly on the iPads located along the Atelier's social wall, to share moments: a travel experience, bike ride with friends, etc. Through this application, LolÃ« will also be able to determine “zones” on the planet
from which the photos can be sent in real time on the Montreal Atelier's iPads. All transactions at the store will also be handled via an iPod Touch available on site.

Active women can meet up at the Atelier LolÃ« to participate in free activities organized in parks, attend talks and presentations, or experience shopping sessions with stylists, etc. The bi-weekly classes in parks will be led by LolÃ« ambassadors and experts in various disciplines like Outdoor Fitness, hula hoop and yoga.

There will also be a delivery service via the Bixi public bike system. LolÃ«'s new Website will act as a bridge between the experience offered at the Atelier, the park-based activities and LolÃ« clothing.

The Atelier LolÃ« Montreal concept is laying the groundwork for a network of similar outlets in more than 40 locations in North America and Europe over the next five years. Since last winter, LolÃ« has opened a showroom in Annecy, France; on October 7th, it will open a first Atelier LolÃ« in Zurich; and in November, a showroom in New York.

Lole is owned by Coalision, which also owns the Orage snowboarding brand. Lole's revenues for this fiscal year, which ends in December, are expected to be between $70 million and $80 million, Mariette said. 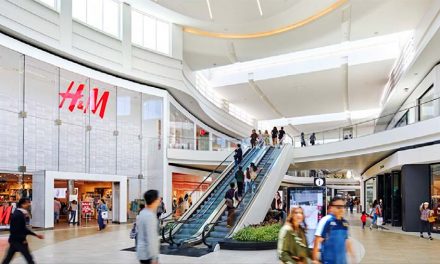