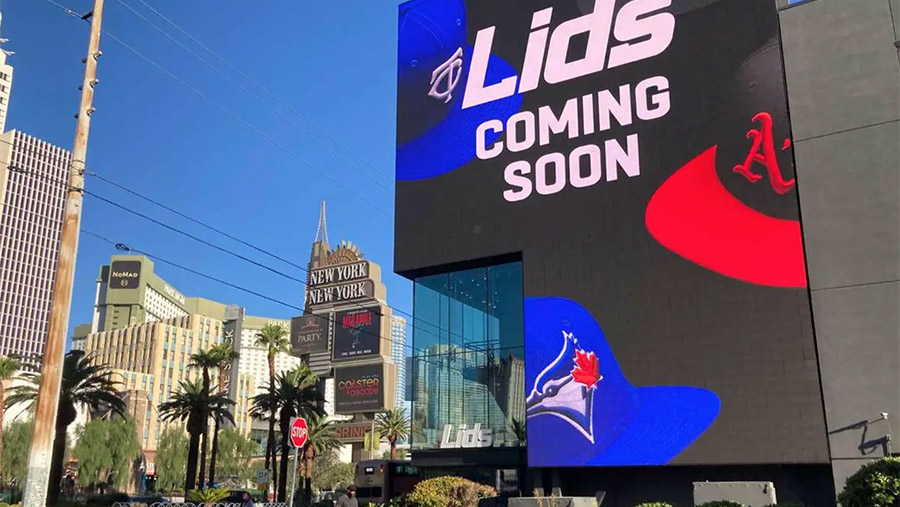 Lids opened a flagship store on the Las Vegas Strip. The two-story building is the retailer’s largest concept store at 12,000 square feet.

Beyond a wide assortment of licensed apparel and headwear, the store includes features not showcased in its other stores, including two large-scale LED screens to view prime-time games and upcoming in-store athlete signings, among other initiatives.

“Opening our newest and largest Lids store to date in the heart of Las Vegas was an obvious choice for us as the area is a shopping destination known around the world,” said Britten Maughan, president, Lids. “The new flagship offers ample product offerings to residents and visitors alike, no matter your team affiliation, whenever you’re shopping on The Strip. Furthermore, it’s a look at what’s still to come from Lids as we continue to expand Lids’ footprint domestically and abroad.”

Lids operates over 1,500 stores in North America, Europe and Australia.