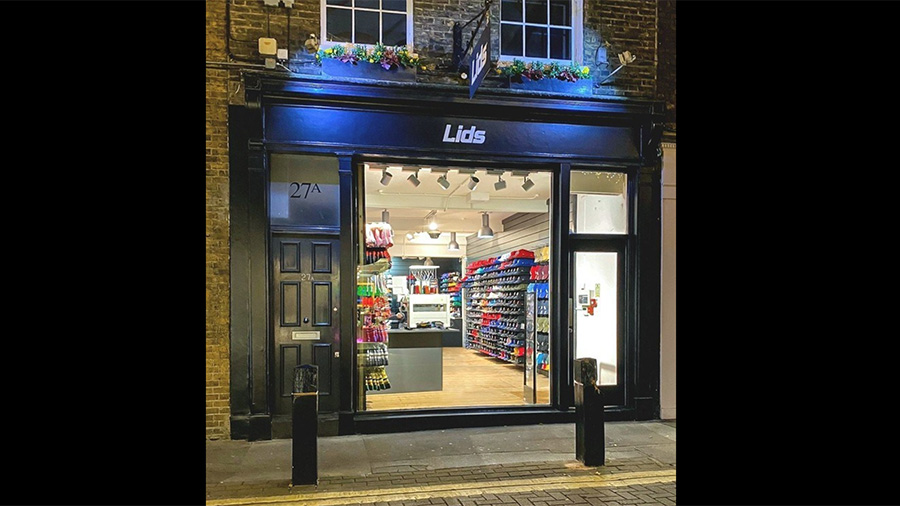 Each store will offer Lids licensed and branded merchandise. Product at each store will include a wide assortment of U.S. league team products from MLB, NFL and the NBA, among others, and products from brands including Adidas, New Era Cap, ’47, Mitchell & Ness, Hurley, Oakley, Local Crowns, and more.

Each store will also feature Lids Custom Zones, where customers can custom embroider a hat or apparel of their choosing in-store, including from the retailer’s options of player numbers and autographs.

The London store openings are the first of many planned from Lids heading into 2022 as the retailer looks to double down on its global footprint.

“London is a natural fit for Lids. The enthusiasm for both American sports and streetwear aligns with our on-field and fashion-focused hat and jersey assortment. We are excited to bring our brand and product to market,” said Britten Maughan, president, Lids.

“Expanding in the UK is our top priority at Lids,” said Tom Ripley, chairman and CEO, Lids, and partner co-founder at Ames Watson, the parent company to Lids. “Lids has become one of the strongest retailers in North America, and we’re thrilled to take this growth internationally as we look to open 100-plus standalone Lids stores in new markets. There has already been great success with the London NBA store operated by Lids since its grand opening earlier this year, and we are excited to introduce standalone Lids stores to an even larger audience of British customers.”