Li Ning Company Limited has signed a five-year agreement with Shaquille ONeal which will see the pair jointly develop the LI-NING-SHAQ Series. The basketball product line will feature the professional endorsements of Shaquille ONeal, including his image, name, jersey with his number and signature. Products will be sold in Hong Kong, Macau, Taiwan, and the PRC.

Subsequent to entering into an agreement with NBA, the worlds top basketball league, in January 2005 as NBAs official marketing partner, as well as the agreement with Damon Jones, another well-known NBA player, the co-brand collaboration with Shaquille ONeals SHAQ brand not only pioneered, but also signified an important breakthrough in the sales and marketing of sports brand in China.

Two giants in the global sports world now join hands together. Mr. Li Ning is one of most celebrated athletes in the 20th century, who won 106 gold medals in his athlete career. Shaquille ONeal currently plays as a center at Miami Heat. He was honoured as one of the NBA All-Time Top 50 Players and has won four NBA championships.

At the signing ceremony announcing the agreement a crystal model of the first limited edition of 320 pairs of athletic shoes, LI-NING-SHAQ Series was presented to Shaquille ONeal. The series is open for orders on August 16, while the product will be launched to the market in January 2007.

Mr Zhang Zhiyong, CEO of Li Ning, said at the ceremony, “Shaquille is an outstanding basketball player with passion and tough personality. He, who likes the spirit of oriental knights, is a hero on the basketball court, where he shows his creativity now and then. As Shaquilles personalities consistent with Li-Ning brands characteristics, we are delighted to join hands with Mr. ONeal, one of the best NBA players in the world. The launch of LI-NING-SHAQ professional basketball product series will strengthen the competitiveness of the LI-NING brand in the middle to high-end market while enhancing its influence in the international arena. Meanwhile, Mr ONeal will also be capable of tapping into the China market in a new way. The nationwide promotion campaign will commence right away in Beijing, Chengdu and Shanghai. The cooperation will further enhance the international image and influence of Li Ning in the international basketball territory. As such, we believe this new co-brand cooperation will create a win-win situation for both parties.”

“The Company is committed to developing professional sporting goods for athletes. This agreement will once again bring LI-NING brand products in the worlds top sports events, representing a remarkable progress of Li Nings internationalisation and enabling us to realize our vision of “Establishing a global leading sports brand,” he continued.

Commenting on the agreement, Shaquille ONeal, stated, “I came across the LI-NING brand a few years ago when members of the Spanish Mens Basketball Teams put on LI-NING brands products during the Athens Olympics. With my friend, Damon Jones, entering into an agreement with Li Ning, I was impressed by the professionalism and supreme product quality of this brand. It is my pleasure to cooperate with the leading sports brand enterprise in the PRC. Capitalizing on its trendy product, solid network and international reputation, I am confident of the collaboration in creating prominent synergies.” 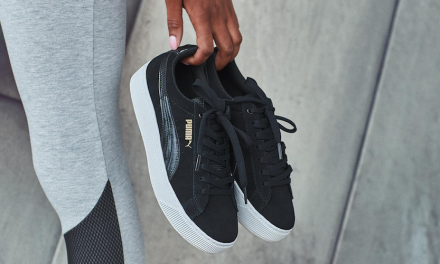