Li-Ning, benefiting from restructuring initiatives, reduced its loss in 2013 to 391.5 million yuan ($63 million), compared to a 1.98 billion yuan loss in the year ago period. Revenues fell 12.8 percent to 5.82 billion yuan ($939 mm), partly due to its near-term focus on inventory clearance. Executive Vice Chairman Jin-Goon Kim, has also been appointed interim chief executive.

Market uncertainties could pose challenges to the continued progression of the Group's transformation
The Group will continue to unswervingly implement the Transformation Plan, optimize its sales network, and strengthen its profitability through innovative products and enhanced retail management

Revenue amounted to RMB5,824 million, representing a year-on-year decrease of 12.8 percent, mainly due to resizing of the retail network and sell-in related to the Channel Revival Plan as well as inventory clearance. Gross profit was RMB2,594 million, representing a year-on-year increase of 3.2 percent. Loss attributable to equity holders was RMB392 million compared to a RMB1,979 million loss last year.

During 2013, the Group's inventory, sales network, profitability and operating cash flow significantly improved, while the capital structure was strengthened in the year, with over RMB1 billion reduction in debt. The Group decisively exited unprofitable markets, products and channels and resized its retail network, closing further underperforming stores in the year. At the same time, the Group has made significant progress in building a differentiated brand, with clear value proposition for premium, core and basic sportswear markets, and focusing on the five fastest growing core sports sectors (basketball, running, badminton, training and sports life), and investing in building in its core operating platform, including increasing the number of direct stores.

Li Ning, founder and Executive Chairman of the Group, said, “Chinese consumers have become more sophisticated and expect better quality and value, as well as great performance in their sportswear. We are responding to the needs of our customers – by promoting a sports culture and combining sports functionality and fashionable design in our products, we enhanced the overall experience for LI-NING consumers that's quickly resonated with the rapidly growing middle-class consumers. Through clear sportswear brand proposition and brand marketing strategies, we are leading the market with several new achievements. Take basketball as an example, the Group swept the sponsorships for China Student Leagues helped bridge the gap with student groups, and created a campus basketball era sponsored by LI-NING brand. What we have seen is a great beginning to move forward in realizing our vision of solidifying LI-NING as China's leading sportswear brand with a unique and authentic brand value and proposition through differentiated business and product strategies.”

Speaking about the transformation progress, Jin-Goon Kim, Executive Vice Chairman and Interim Chief Executive Officer of the Group, commented, “In the past year we were head on continuing to fix the business and at the same time starting to build our new business. The first phase of the Transformation Plan, the Channel Revival Plan, is nearly complete with encouraging core trends. Direct retail sales accounted for about one-third of LI-NING brand's revenues, our new products in channel inventory as a proportion of total channel inventory recovered to 2011 levels, and retail sales of new products achieved a mid-single digit year-on-year increase in the second half of 2013. We've already started re-expanding again, investing boldly but smartly according to our Transformation Plan and we firmly believe these efforts will capture the significant growth potential for Li Ning Company.”

In 2013, the turnaround involved over 90 percent of the distributors signing up to the Channel Revival Plan. Through the implementation of the Retail Business Model (RBM), the Group's store mix was improved with an increased number of both self-owned stores and efficient distributors' stores, resulting in healthier cash flow and profitability in channels as well as significantly improved cost structure, better operating cash flow and healthier inventory levels for the Group.

In building the new business, the Group made upfront investments in innovation capabilities in its core sports categories, enhanced product creation capabilities and invested in building its retail platform, including direct retail and systems enabling a 'fast fashion' model. The Group worked to strengthen its fundamental retail capabilities across all segments of its operations, integrating product merchandising and fast-response supply chain, product R&D, marketing and branding as well as human resources, all supported by a significantly enhanced RBM platform and IT system.

Kim continued, “One of our key strategies last year was to expand market share by moving up and down the value chain while maintaining our core mid-market. With our strengthened product R&D capability and retail operating platform, we were able to expand partially to the premium market where our products enjoy relatively lower cost structure but offer the same level of performance excellence. We also reclaimed entry into the basic market where LI-NING offered the same brand association, authentic design and superb quality. We believe this market repositioning will be crucial to unleashing the future growth potential of our company.”

Leveraging its unique advantages of authenticity and sports marketing assets, Li Ning aimed to achieve the best value-price equilibrium and to lead and expand in the mid-market serving the growing middle-class, together with enhanced integration of sports functionality and fashion sense as well as providing much enhanced consumer experience. During 2013, Li Ning focused marketing and branding efforts on key sponsorships such as CBA, Dwayne Wade and NBL and the five core sports categories, and leveraged proactive digital marketing programs to create sports experiences and the LI-NING market.

In 2013, the Group's product strategy continued to focus on building a product portfolio with superior sports performance combined with outstanding design. Li Ning's strategy is to offer some of the best materials and technologies available anywhere in the world, with outstanding design and choice at a highly competitive price. This value proposition has been rolled out across the full range of products, from premium to core to entry price levels, in order to meet the demands of consumers who want the best value and innovation available to them.

The Group transformed from a traditional Chinese wholesaler which lacked direct communications with consumers to a fast-fashion and direct-retail operating model that has clear cost and productivity advantages. The merchandising model featuring “prescriptive trade fair orders (A+) + quick replenishment (QR) + fast response (QS)” adopted at the beginning of 2013 has effectively improved order guidelines and stocking arrangements to distributors, and ensured that consumers demand is met on a more timely basis.

Kim concluded, “Revival costs and resizing of sell-in and network impacted our financial results in 2012 and 2013. Strategically orchestrated reduction of sell-in and network was necessary to resize business to a healthy core, de-stock old inventory, and protect cash flow. Negative financial impact from the turnaround is expected to be limited in 2014 as recovery in high margin new products continues, but the risk remains with the performance of the remaining weak channel partners and disposal progress of old inventory, and market uncertainties could pose challenges to the continued progression of our transformation. We firmly believe in our current transformation direction and the vision of building the leading brand in China, and it is the best way to deliver the highest value for stakeholders in the medium to long term.”

In addition to its core LI-NING brand, the Group also manufactures, develops, markets, distributes and/or sells sports products under several other brands, including Double Happiness (table tennis), Kason (badminton), AIGLE (outdoor sports), and Lotto (sports fashion) which are either self-owned, licensed or operated through joint ventures. 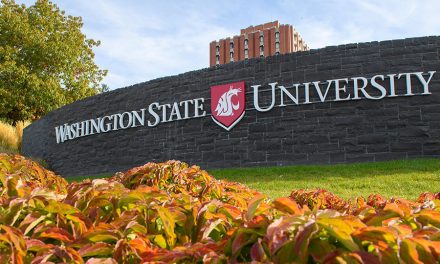