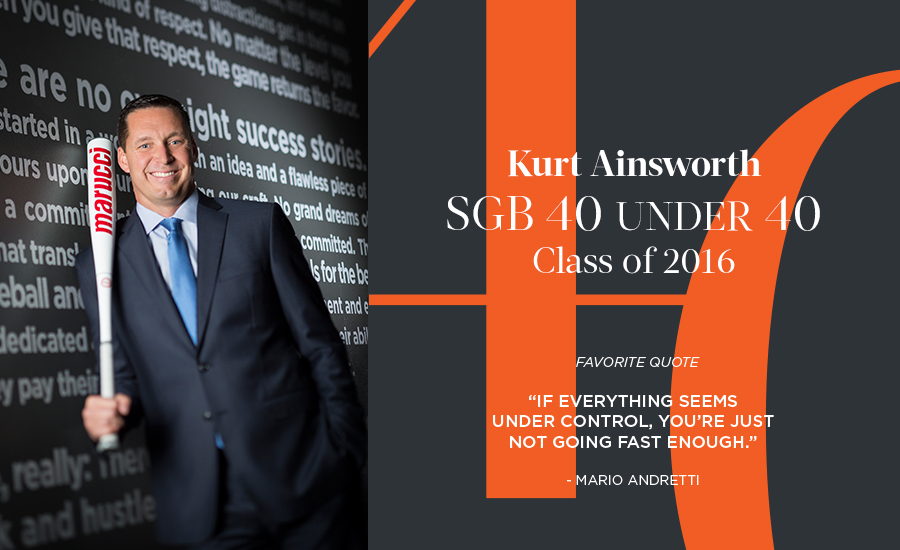 Throughout the next few weeks, SGB will be highlighting our 2016 40 Under 40 Award Honorees. While the tendency of this recognition might be to say that these are “tomorrow’s leaders,” the reality is that they are already there. These are the names and faces, recognized by their peers, that lead, inspire and make a difference for the active lifestyle industry, ensuring that the space continues to be an environment that rewards hard work and fosters advancement.

Kurt Ainsworth is the co-founder and CEO of Marucci Sports, the company that the Associated Press calls the “bat maker for the stars,” and that Forbes Magazine highlighted as one of the top growth brands in the country. Ainsworth was part of the 1997 NCAA National Championship baseball team at LSU and named All-American in 1999. He was a first-round draft pick for the San Francisco Giants. In 2000, he played for the Olympic gold medal team before making it to the World Series. In 2003, he started the Marucci Bat Company with another Big Leaguer and their athletic trainer. Fast forward five years and Ainsworth co-founded Marucci Sports. Now the number one bat in the Big Leagues, Marucci Sports also manufactures aluminum bats, fielding gloves, and other baseball and softball equipment. Ainsworth lives in Baton Rouge, LA with his wife and their four children.

I COULDN’T DO MY JOB WITHOUT: My family, the Marucci team, and the guidance of our Board of Directors.

MOST IMPORTANT THING I HAVE LEARNED: Keep your bank account of goodwill full by treating others as you want to be treated and they will support you when times get tough.

BEST ADVICE I WAS GIVEN OR THAT I WOULD GIVE: Trust yourself. Don’t let yourself get to the end and wish you would have followed your instincts. Follow them now.

BIGGEST CHALLENGE YOU’VE OVERCOME: Marucci went through a decertification of two bat lines in 2012 that has made us a much better company today, even though it was extremely painful at that time and for the next couple of years following the decertification.

BIGGEST ACCOMPLISHMENT TO DATE: Staying happily married for over 16 years and having four kids while balancing professional baseball and Marucci.

WHAT OR WHO (MENTOR) HAS ENABLED YOU TO BECOME SUCCESSFUL: My brother, Kevin, always pushed me to do better and work harder than everyone else if I wanted to be successful. He always told me that when we are sleeping, there is another kid working to get better than we were. I took that mentality and competitive spirit from sports into the business world.

WHAT YOU WOULD WANT YOUR LEGACY TO BE: I worked to grow the game of baseball by helping to create the products that kids want and need to be successful and promoted the great life lessons that come from playing the game.

BIGGEST LIFE LESSON: Don’t wait for tomorrow. Do it today.

DESCRIBE YOURSELF IN TWO WORDS: Hardworking and Driven 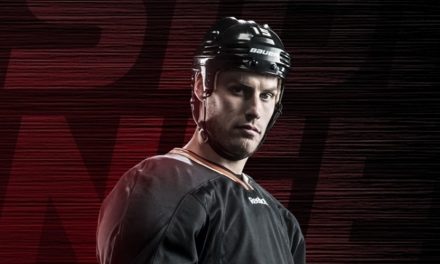