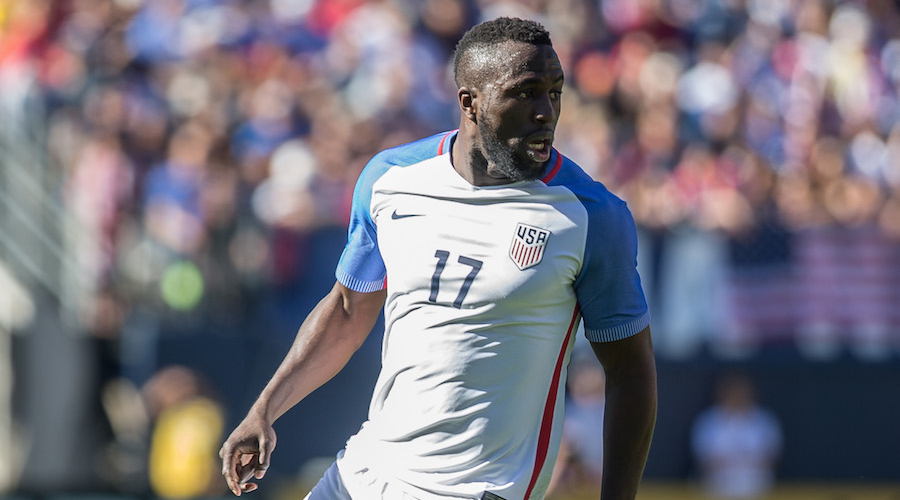 KT Tape and the U.S. Soccer Federation have extended their partnership through 2020. KT Tape will remain the official kinesiology tape for all U.S. soccer teams and programs – from youth national teams and the Development Academy up to the U.S. Men’s National Team (USMNT) and U.S. Women’s National Team (USWNT). As part of the enhanced partnership, USMNT forward Jozy Altidore will serve as a KT Tape ambassador.

“U.S. Soccer has been a valuable partner for KT Tape. We are proud to continue to support development and performance at all levels, and we are excited to welcome Jozy Altidore into the KT Tape family of ambassadors,” said KT Health CEO Greg Venner. “With World Cups on the horizon, and preparations for Tokyo 2020 underway, this is a perfect time to renew our relationship and ensure U.S. Soccer’s athletes are able to perform at their best every day.”

KT Tape and U.S. Soccer initially signed a three-year agreement in 2014, which included the 2014 World Cup and 2016 Olympic Games in Brazil, and was highlighted by the USWNT’s 2015 FIFA Women’s World Cup championship. With the new three-year extension, KT Tape will remain an official supplier to U.S. Soccer for the USMNT, USWNT, the U.S. Youth National Teams, the U.S. Soccer Development Academy and for the U.S. Soccer coaching curriculum and player and coach development programs.

The partnership will support players through training, competition and recovery as they set their sights on qualifying for the 2018 FIFA World Cup in Russia, the FIFA Women’s World Cup 2019 in France and the Tokyo 2020 Olympic and Paralympic Games.