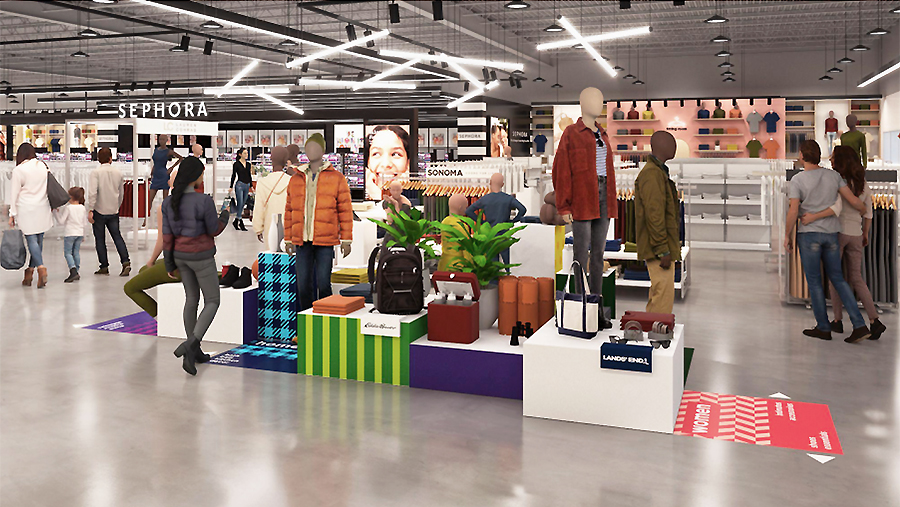 Kohl’s terminated acquisition talks with Franchise Group, owner of The Vitamin Shoppe. The company also cut its sales outlook for the second quarter.

Franchise Group was the top bidder at $60 per share after Kohl’s engaged with 25 companies.

CNBC first reported late Thursday that Kohl’s had ended the exclusive talks, which began early last month, following market speculation that the Franchise Group was looking to reduce its bid for Kohl’s by $10, to $50 a share, amid the broader market sell-off. The Franchise Group was given an exclusive three-week window on June 7 to “finalize due diligence and financing arrangements,” Kohl’s said, ultimately reducing its bid to $53 per share.

In a statement, Kohl’s said the price and terms of Franchise Group’s most recent proposal were “not fully executable or complete,” indicating it reflected the current financing and retail environment.

“Throughout this process, the Board has been committed to a deep and comprehensive review of strategic alternatives with the goal of selecting the path that maximizes value for shareholders,” said Peter Boneparth, chair of the Board. “After engaging with more than 25 parties in an exhaustive process, FRG emerged as the top bidder, and we entered into exclusive negotiations and facilitated further due diligence. Despite a concerted effort on both sides, the current financing and retail environment created significant obstacles to reaching an acceptable and fully executable agreement. Given the environment and market volatility, the Board determined that it simply was not prudent to continue pursuing a deal. As always, the Board remains open to all opportunities to maximize value for shareholders, and we look forward to actively engaging with our shareholders as we move forward to ensure we are considering their perspectives in our plans.

“Kohl’s is a financially strong company that generates substantial free cash flow and has a clear plan to enhance its competitive position and improve performance over the long term. Highlighting the Board’s confidence in the company’s strategic plan, the Board reaffirms its commitment to an accelerated share repurchase program following the company’s Q2 earnings results announcement,” concluded Boneparth.

Kohl’s said its Board and management team remain committed to creating value for shareholders and are exploring further opportunities in the near and long term.

The Board reaffirmed its commitment to execute a $500 million Accelerated Share Repurchase program to commence immediately following the company’s Q2 earnings results; this is part of its previously announced $3 billion share repurchase authorization.

The Board is also reviewing other opportunities to unlock shareholder value, including reevaluating monetization opportunities for portions of its real estate portfolio.

As inflationary pressures on the consumer continue, the company sees a softening in consumer spending and now expects sales to be down high-single-digits for Q2, as compared to its prior expectations of down low-single-digits relative to last year. The company is taking action to navigate this environment and will share more when it releases Q2 earnings on August 18.

Delivering Transformative Strategy
Kohl’s is continuing a significant transformation of its business model to be the retailer of choice for the active and casual lifestyle.

Kohl’s said, “The company has laid the strategic foundation and is implementing key initiatives to scale and enhance growth in the years ahead; this includes building on compelling partnerships such as Sephora at Kohl’s, which will expand to more than 850 stores by the end of 2023 on a path to $2 billion in annual omnichannel sales by 2025. We also plan to open more than 100 smaller format stores over the next four years, estimated to drive a more than $500 million annual sales opportunity. Introducing these smaller format stores provides Kohl’s the flexibility to enter new communities, creating a localized experience to meet customer needs. We plan to continue to grow our digital business, with 40 percent of digital orders currently fulfilled in stores. We are rolling out self-serve buy online, pick up in-store to all stores in 2022, and are continuing to test self-serve returns and check-out, delivering a heightened level of customer convenience.”

Overview Strategic Review Process
Kohl’s also said its Board thoroughly evaluated Kohl’s standalone strategic plan against potential alternatives and designated its Finance Committee to lead the review of previous expressions of interest. The Board engaged Goldman Sachs to conduct a comprehensive process to explore strategic options. Goldman Sachs engaged with more than 25 parties. Select bidders were invited to a data room containing over 550,000 pages across over 55,000 documents and engaged in dozens of meetings with management and functional leaders. More than 20 NDAs signed with potential bidders and financing partners as part of the process.

After receiving unfinanced proposals to acquire the company with a denominated value from five parties, the Finance Committee, management and Goldman Sachs engaged with four of the parties and engaged exclusively with FRG, whose $60 proposal significantly exceeded the other bids. Ultimately, reflecting the current financing and retail environment, FRG submitted a revised proposal at $53 per share without definitive financing arrangements to consummate a transaction, and the parties faced significant obstacles to reaching a fully executable agreement.

Kohl’s concluded, “In light of the current financing and retail environment, which has significantly deteriorated since the beginning of the process, the Board unanimously determined that it was no longer prudent to continue its process and that it is in the best interest of shareholders for management to continue to execute the company’s strategic plan on a standalone basis. The Board nonetheless remains open to any opportunities to maximize shareholder value.”