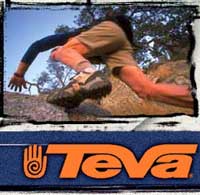 When Kmart Corp. emerges from federal bankruptcy protection as a smaller version of itself, the retailer acknowledged in court filings Monday, it would continue to face major challenges in its competition against Wal-Mart Stores and Target Corp.


The Troy-based retailer, which was in U.S. Bankruptcy Court in Chicago on Monday seeking approval for a reorganization plan that would end the largest retail bankruptcy case in U.S. history, will still trail its biggest rivals, Wal-Mart and Target.


While Kmart will make the case that its plan is in the best interest of creditors and that the reorganized company would not slip back into bankruptcy, documents released Monday show the discounter projects its stores would do about $177 per square foot in sales for 2003-04, far less than the $423 per square foot expected for Wal-Mart and $277 for Target.


The picture is much the same for same-store sales, an important measure of a retailer’s health that compares year-to-year sales increases in stores open at least a year. Kmart estimates same-store sales will grow 2.1 percent in 2003-04, trailing Wal-Mart at 3.4 percent and Target at 2.4 percent.


Meanwhile, Kmart’s lawyers were able to winnow the 175 objections filed to its proposed reorganization plan down to a handful, including one from creditor Capital Factors Inc., which pressed its case that U.S. Bankruptcy Judge Susan Pierson Sonderby should be required to force 2,285 vendors who received payments under an earlier order, to return money they received so it could be distributed to other creditors.


Sonderby had not ruled on the motion by Monday evening. Capital Factors, which bought $20 million in accounts receivable from Kmart vendors, is seeking an adjournment of the confirmation hearing until after the issue is resolved.


Kmart also disclosed in court documents that it expects to open few new stores over the next five years. It projects it would have 1,583 stores in 2007, only 71 more than the 1,512 it now operates.


The store closures have helped Kmart pare annual selling, general and merchandising costs by $250 million, from $1.044 billion to $791 million. Renegotiating leases on another 80 stores saved $12 million and cut average store rent to $3.99 a square foot from $4.40.


Kmart says those efforts will help it return to profitability in 2004, but others wonder whether it would be enough for it to avoid another trip to bankruptcy court and escape the fate of other discounters such as Ames Department Stores, Bradlees and Caldor, which were forced to shut their doors.


And the company has faced a tough time winning back customers it lost while in bankruptcy, its court filings say.


In-store inventory problems have improved, but business remains difficult to predict, mostly because store traffic has not returned to what it was prior to Kmart’s bankruptcy filing, says a deposition by Albert Koch, Kmart’s chief financial officer.


The company has some popular, exclusive brand names — Martha Stewart housewares, Joe Boxer apparel and Disney children’s clothing — and $2 billion in post-bankruptcy financing to see it through.


Lampert and his ESL Investments Inc. would own 49 percent of the stock in the new company and one of Lampert’s partners, Third Avenue Value Trust, a New York-based mutual fund controlled by legendary value investor Martin Whitman, would own another 5 percent of the company.