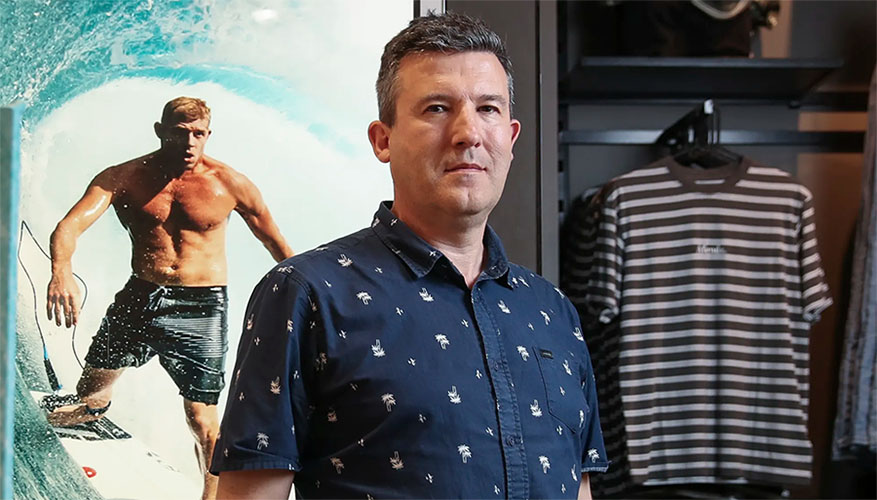 Kathmandu said that after five and a half years with the company, Simonet has decided to pursue another opportunity as the head of Australia’s trade and investment commission, Austrade, in a senior role. Simonet will remain with the company through his six-month notice period or until the Board decides to release him.

Chairman of Kathmandu Holdings, David Kirk, said: “We are disappointed to lose Xavier but understand his desire to take up a senior role in the Australian Public Service for which he is very well credentialled. We wish him well in the important work he will undertake. Xavier has led Kathmandu Holdings through a period of growth and repositioning of the company. Kathmandu, Rip Curl and Oboz are three iconic brands that together create a world-class outdoor adventure company, diversified by geography, channel to market, and seasonality. Xavier will remain with us for up to six months while we undertake a comprehensive search for his successor.”

Xavier Simonet said: “I have had an awesome time at Kathmandu Holdings where I have spent the last five immensely exciting years. The Group has great brands, passionate teams and strong values. I am very grateful to our teams, to the Board of Directors, to our shareholders, and to my Chairman, David Kirk, for their support.”

In a separate release, Kathmandu issued an update for its first quarter ended October 31.

Group total sales were up 72 percent above last year, benefiting from the acquisition of Rip Curl. On a Pro-forma basis (relative to the same period last year including three months of Rip Curl pre-acquisition):

Kathmandu said its 60 Greater Melbourne stores have been closed for most of this period, and 14 Auckland stores were closed for more than two weeks. Airport stores in Australia, as well as Rip Curl stores in Hawaii and Europe, continue to be heavily impacted by either COVID-19-related travel restrictions or government-mandated lockdowns and closures.

Commenting on the trading performance, Simonet said: “We are realizing the benefit of a diversified Group, with a strong performance in summer weighted product categories for Rip Curl in all key geographies, following successful winter trading for Kathmandu. Rip Curl’s strong sales performance in its key markets of Australia, Europe and North America is very pleasing. It highlights the strength of Rip Curl’s global brand and innovative products as more people take to surfing. At broadly pre-COVID-19 levels, wholesale sell-in for Rip Curl for the second half-year is also encouraging. As for Kathmandu, camping and footwear categories have over-performed but have not compensated for the impact of COVID-19 with low footfall in CBD and tourist locations as well as lower travel-related purchases. Oboz’s performance has been robust with strong sales to key accounts, and the forward order book tracking above pre-COVID-19 levels. The Group’s half-year results will be dependent on the key Christmas trading period. The impact of COVID-19 on consumer sentiment remains a risk.”